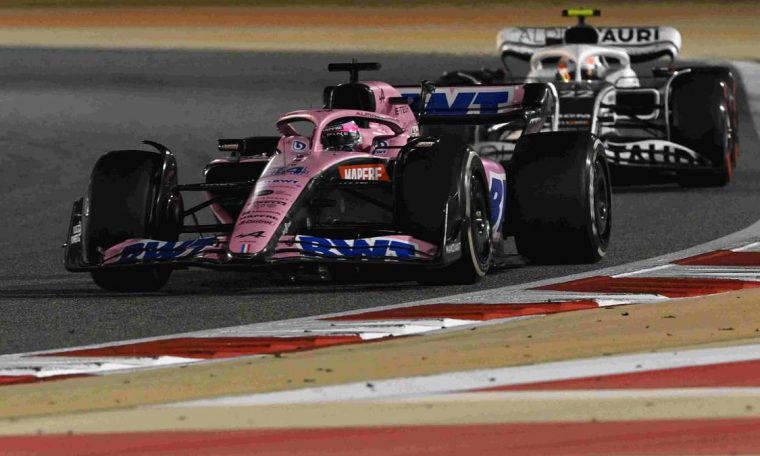 Alpine will have to replace Fernando Alonso’s engine for the Australian GP after retirement in Jeddah. The Spaniard was in seventh place when he lost power and could not even get the car back into the pits. A week after the race, the French team has already investigated the cause of the failure and expects the problem to be rectified before the Melbourne stage.

“It’s not the engine, it’s the water pump,” explained Alpine general manager Laurent Rossi during a meeting in Viry-Châtillon. “This led to a lack of cooling and subsequently a cascade of events: the engine cooled less, the oil overheated, causing more concern,” he continued.

“Fernando [Alonso] The ride managed to continue and the engine was running, but apparently the conditions weren’t ideal. We like to accept defeat. The water pump was bad, and we have already identified the cause of the problem. I hope it goes well for Melbourne,” Rossi said.

Fernando Alonso leaves and stops the car at the entrance to the pit-lane in Jeddah (Photo: Reproduction / F1)

The director pointed out that this is a minor issue, not related to a possible error in the design of the power unit. But a breakdown of the water pump responsible for cooling the engine means Alpine will have to replace Alonso’s engine for the second time this season, following a preventive replacement for the Saudi Arabian GP.

“It’s a problem related to the new rules, in which car parts are working for the first time and we haven’t had the opportunity to validate them yet, as is the case with all teams. The advantage is that it’s something It is not structural or the engine itself, its design or architectural choices made should not be questioned, because the engine does what is expected of it”, said Laurent.

“The problem is that this auxiliary (water pump) is integrated into the engine. The pump eventually disintegrated and fell into the engine. If we want to fix it, we have to break the seal. So the engine is lost to us. That’s it. His physical integrity is not directly affected, for us, it is one less engine”, concluded the French leader.

Switching to the third engine in only three races pushes Fernando Alonso to the allowed limit. The regulations provide for the use of only three power units throughout 2022. With 21 races still to go, it is very likely that the Spaniard will suffer more than one penalty for using the extra engine, which will greatly damage the season. Time Champion.

Why Albon and Latifi F1 2022 . Do you complicate Williams’ life?