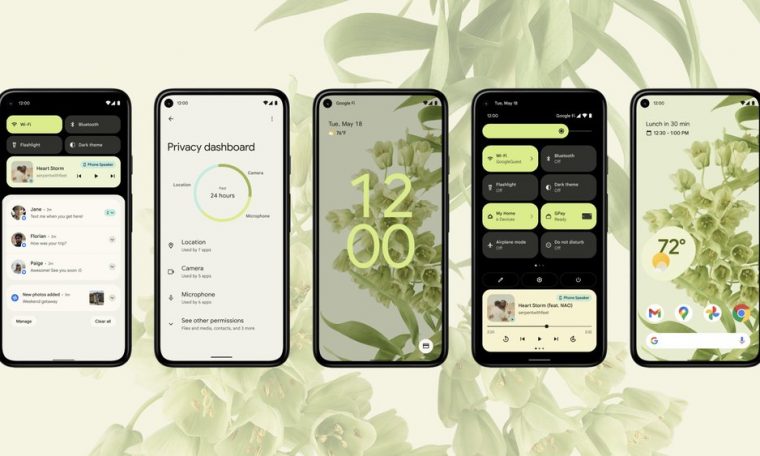 With the Google I/O conference that was held recently, the tech brand announced the coming launch of Android 12 and the users can’t seem to get their calm anymore. While more and more individuals are looking into exabytes review for their website development needs, the users are pretty stoked now with the release of a new Android version.

However, what can the users expect from this new operating system on their Android smartphones?

A large and one of the most important parts of Android 12 is the customizations and aesthetics. Much like the latest iOS UI, even the Android 12 is going to come with interchangeable palettes with a range of stunning widgets that are going to leave the users pretty chuffed with using their phones. The level of customization will cut through every element of the operating system, from the notifications to the lock screen and the volume controls, there is a lot that is going to change with the launch of the new OS.

Moving on from the customization features, the new Android 12 is also set to feature a range of added privacy and security functions. There will be a separate privacy dashboard with new upgrades that Google is all set to add to the new version of the OS. Also, the interface will come with an indicator on the top right corner to showcase which apps are currently using the device’s microphone and other functions, keeping the security in check.

Also, the new feature will integrate the user with the private computer core that will keep the audio and the language processing in the device in check without unnecessary complications. The users get to experience the beauty of a personalized approach to the look and feel of their device, something that you probably wouldn’t have expected in an Android device before.

While not much has been revealed about the operating system yet, we are pretty sure that these new settings will bring in a lot more customizations and a sleek look to the device like nobody did experience before. Currently, only details about personalization and privacy have been revealed and nothing else has been released yet.

Google has announced in their conference that Android 12 is going to be ready by the Fall of 2021. However, the exact date or the availability of the OS hasn’t been released yet. The beta version of the OS is available on a few different devices now, however, the full rollout will likely happen by the end of 2021.

So, while you are looking through exabytes hosting package to host and customize your website, you can await the official launch of Android 12 that is most definitely going to take the world up by a storm, especially if the claims are true.