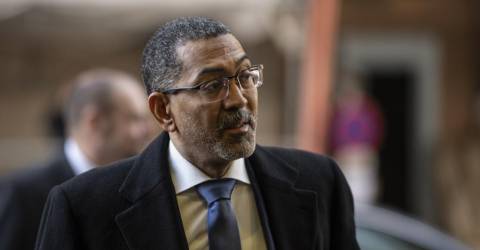 The Minister of Mineral Resources, Oil and Gas, Diamantino Azevedo, received in the audience on Tuesday the Ambassador of the United States to Angola, Tulinabo Salama Mushingi, with whom he analyzed the Angolan mining and hydrocarbon sectors.

After leaving the meeting, the US diplomat said he went to the minister to see how he could continue to work to increase cooperation, particularly in the oil and gas sector, as well as analyze How American companies can invest in this area.

The construction of an oil refinery at Soya by the Kwantan consortium was also under review. According to Tulinabo, “it is a success for us that an American company has won the contract”.

“As you know, Angola is waiting for the refinery to be commissioned and the company will lay the first stone at the end of this month, and we want to move fast”, declared the ambassador who would “enhance the current level of cooperation”. intends to. two states.

Other topics discussed were the exploration of mineral resources by American companies and the production of consortium and gas. Finally, Minister Diamantino Azevedo invited the diplomat to move to the Migration and Foreign Service (SME) position established in MIREMPET, which he was very satisfied with.