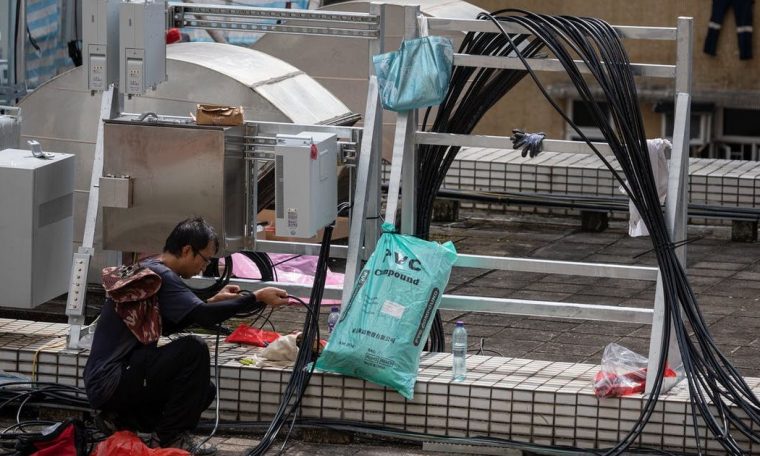 Two monks from a radical Catholic convent in the Rhne were indicted last week for attacking relay antennas hostile to the deployment of 5G, we learned from a judicial source on Monday.

According to the Villefranche-sur-Sane prosecutor’s office, confirming information from the regional daily Le Progress, two men aged 39 and 40 admitted to setting fire to the first telephone pylon in St. Of. -Forgeaux, north-west of Lyon.

The damage was limited.

The next night, two monks, members of a convent based in Beaujolais, were arrested by the gendarmes at Flagante Delicto while they were trying to set fire to an antenna in the other town in Anse.

Detained and then presented before an investigative judge, he admitted the facts, explaining that he had acted to “protect the population from the harmful effects” of 5G, Villefrance prosecutor Letitia Frankert told AFP. .

Charged with “attempt to destruction by means of destruction and incendiary” and “criminal association”, the two monks were placed under judicial supervision.

They are part of the Capuchin community based at the Saint-François convent in Ville-Morgan associated with the radical movement of the Fraternity Saccerdotel Saint-Pie X, according to their website.

According to Le Progress, a spokesman for the convent spoke of “a different act and a youthful mistake”. “The waves are very injurious to health and they wanted to act for the good of mankind,” she told the newspaper.