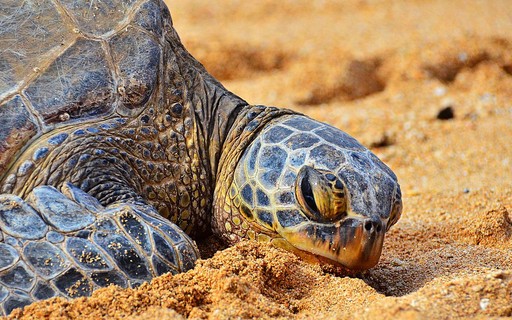 The ninth edition of Atlas was launched on 15 November turtles of the world Conservation of turtles brings worrying numbers: about 50% of species worldwide are at risk of extinction. The publication was produced by researchers from Germany, Australia, the United States and France and includes details about 357 species of reptiles.

“But that’s not all,” says Uwe Fritz of the Senckenberg Natural History Museum in Germany. “In the new edition, we also shed light on the turtles’ risky status and compare their original distribution range with their current distribution.” he adds, in statement, As such, researchers hope to continually bring information to encourage sound conservation legislation and strategies.

At least 171 species are considered threatened, in addition to five that are already extinct. Habitat loss is recognized as one of the main causes of danger. “For example, all large species of Asian tortoises that are originally found in estuaries or rivers are on the verge of extinction”, explains the veterinarian. “Their habitats are becoming increasingly restricted, their eggs are being hunted by humans and the larger animals are still being slaughtered for food today,” says Fritz.

The ranges in which the Geometric Turtle live in South Africa and the Burmese Rooftop and Burmese Star Turtle in Myanmar have been reduced by at least 90%. In the list of vertebrates most at risk, turtles are second only to primates. “These are dramatic numbers that should lead to the complete protection of turtles as soon as possible. Otherwise, these animals, which witnessed the rise and fall of the dinosaurs, would be lost forever,” warns the researcher.

This article is part of the #UmSóPlaneta initiative, a consortium of 19 brands from Editora Globo, Adicos Globo Condé Nast and CBN. Leam more umsoplaneta.globo.com,