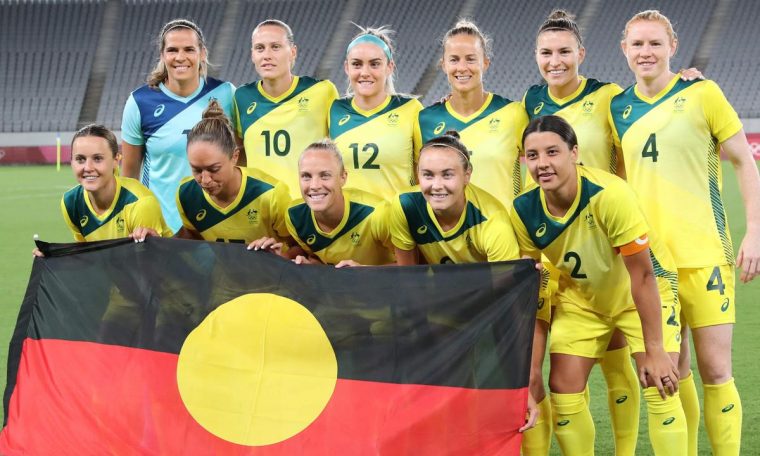 The opening ceremony of Tokyo-2020 will only take place this Friday (23), but the first matches of the football and softball competitions have already taken place.

And in one of these matches, the Australian women’s football team has already decided how important political performances will be in this edition.

During the performance of the national anthem, instead of the traditional flag, the players wore the Aboriginal flag of Australia.

+ With two goals, Marta became the second highest scorer in the Olympics

Relations between Australia and Aborigines

It is estimated that when Captain James Cook arrived in Australia in 1770, there were more than a million Aborigines. However, at the turn of the 2000 century, that number was less than 450,000, compared to over 19 million residents.

During the colonial period, the British government saw the tribals as a low culture that should be done away with. However, it was maintained even after political independence.

Between 1910 and 1970, the Australian government promoted a policy of Aboriginal assimilation, to eliminate their culture through forced integration into non-Indigenous societies. It is estimated that around 100,000 native children were forcibly removed from their families.

In the 1960s, when the local people were voted out, there were only 40,000 Aborigines in the entire country.

Australian society urgently needs change. And a part of its population was pressing for it.

+See the Complete Guide to the Tokyo Olympic Games

In 1991, the Parliament of Australia established the “Council for Aboriginal Reconciliation” which, for 10 years, would aim to analyze laws that should be repealed and take actions that would benefit both Native peoples and non-Indigenous peoples. To promote harmonious coexistence between

After several discriminatory laws were repealed, a 1997 “Bringing Them Home” report was published, detailing the extent of policies to separate children from their families of origin.

In early May 2000, Coroboree (the name of an Aboriginal festival) 2000 was held at the Sydney Opera House.

Several Aboriginal and non-Aboriginal leaders, including the prime minister, met to sign two documents: the Australian Declaration on Reconciliation and the Roadmap for Reconciliation.

In addition, the organizers called for a reconciliation march on the Sydney Harbor Bridge the next day.

About 250,000 people then came to the bridge, many of whom were accompanied by tribal flags (which became official in 1995). Many others put up posters with an apology. They were common people who were ashamed of the atrocities committed by their government.

There were dozens of other marches that year, which were marked shortly after by Kathy Freeman, an Aboriginal, lighting the Olympic pyre in Sydney-2000, as a clear sign of the country’s reunification.

+Receive news on our channel Wire or join us whatsapp group

Since then, Australia has sought to integrate its native population, but in a way that respects and values ​​its culture.

So Matilda’s gesture of using Australia’s second official flag before their 2–1 win over New Zealand is another important step in the evaluation of her people.