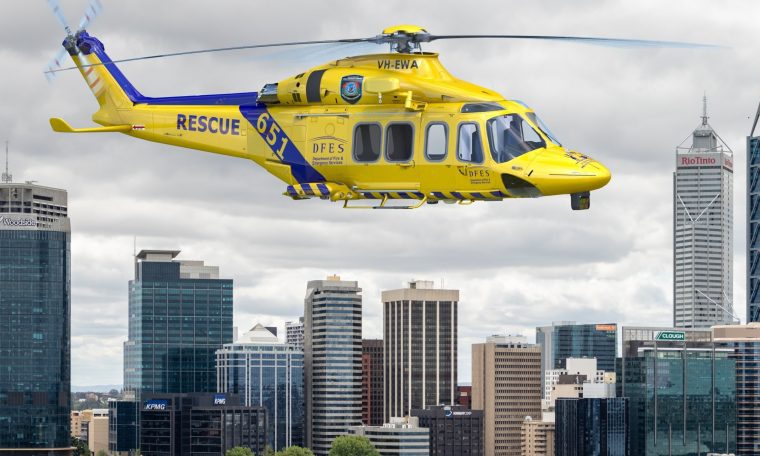 Leonardo announced a further expansion of its fleet of AW139 intermediate twin-engine helicopters in Australia, increasing air capabilities with an order for three aircraft as part of an effort to modernize the Western Australia Emergency Rescue Helicopter Service (ERHS) fleet .

Helicopters will be provided by leading helicopter operator CHC Australia to carry out a range of HEMS, search and rescue and inter-hospital patient transport missions from Jandakot and Banbury airports on behalf of ERHS.

The AW139 will be delivered to Leonardo’s Vergiate final assembly line facility in Italy in early 2023 and will later enter service in the state of Western Australia after dedicated mission optimization done locally. The new aircraft will feature a wide range of custom equipment including an advanced 4-axis DAFCS (Digital Automatic Flight Control System) autopilot with hover mode, TCAS II (Traffic Collision Avoidance System), searchlight, camera, rescue, but not the same is not limited to. Wire and crane. The exclusive HEMS interior and advanced mission console will be installed in Australia.

This latest contract marks another notable breakthrough for Australia’s best-selling AW139, which is already the leading emergency medical service (EMS) model nationwide. More than 130 civilian, utility and military helicopters have been sold by Leonardo in the country to date, supported by specialized local support and MRO (Maintenance, Repair, Overhaul) services.

The AW139 has been selected by a number of operators in Australia for HEMS/SAR, law enforcement, offshore transport and government functions, with a fleet of over 60 units currently in service. The order also strengthens regional cooperation with CHC, which already operates ten AW139s and two AW189s. The global fleet of AW139s used by CHC recently set a major operational milestone of over 250,000 flight hours.