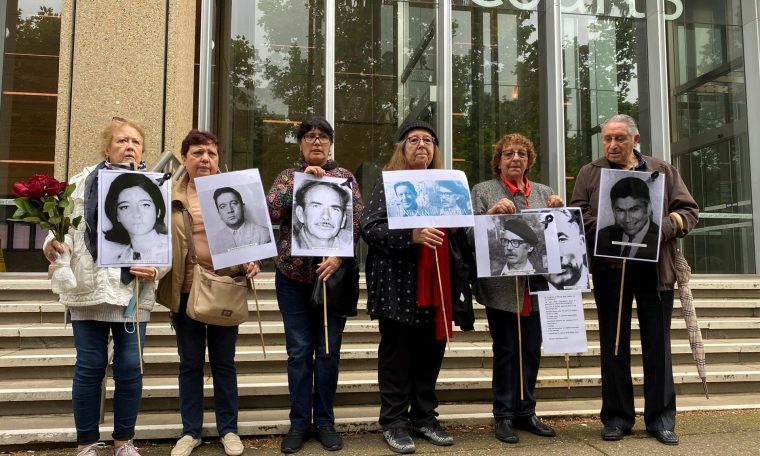 Sydney (Australia), 24 November (EFE). A federal court in Australia on Wednesday ruled in favor of the extradition to Chile of Adriana Rivas, a former agent of the Pinochet regime accused of missing seven people in the South American country. In the 70s, including a pregnant woman.

Reading out the verdict at the virtual hearing, Judge Stuart Anderson said the court had dismissed the appeal filed by Rivas’ defense and ruled that the 68-year-old woman was extraditable on seven counts of aggravated kidnapping, on which she was in Chile. desired by justice. ,

On 18th, three Australian federal judges heard Rivas’s defense appeal against a 29 October 2020 decision by a local Sydney court on 24 June this year by the Australian Federal Court in favor of Rivas’ extradition.

Around ten Chilean activists who held photographs of victims at Rivas applauded the decision, outside the Federal Court in Sydney.

“Finally, more than two years after he was arrested in Australia, with a delay in referral to Chile due to a series of artificial appeals presented by the defendants, the Federal Court today confirmed Rivas’ extradition,” said counsel for said. Seven victims, Adriana Navarro, in a statement.

Rivas can still appeal to the Australian High Court, but in order to do so he must “obtain a special license” from Supreme Court judges and convince them that his appeal is “purely legal and non-procedural” and “nationalised”. Of importance”, Navarro explained to the activists out of court

Chile, who has been detained in the Sydney peninsula since February 2019, is accused of being part of the Lautaro extermination brigade of the Directorate of National Intelligence (Dina, Augusto Pinochet’s secret police), where she was the secretary of Manuel Contreras, the main head unit. NS.

Chile asked Australia in 2018 to extradite Rivas – who pleads innocence and believes he is a victim of political persecution – for his alleged involvement in the “aggravated kidnapping” of Victor Diaz, who died in the South in 1976. American was the country’s under-secretary of the Communist Party, and six other workers, including a pregnant woman.

Rivas traveled to Australia with her then-husband in 1978, where she later lived in subsidized housing in the Bondi neighborhood of east Sydney, and spent 30 years cleaning and caring for the children.

In 2006, she traveled to Chile, where she was detained for her alleged involvement in these crimes, but in 2010 she managed to escape on parole and returned to Australia. EFE