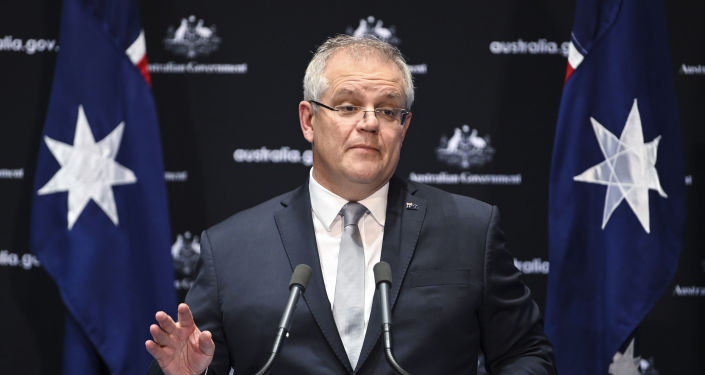 Relations between Canberra and Beijing have deteriorated since 2018, reaching its lowest point in 2020, when Morrison continued to criticize the actions of the Asian giants in Hong Kong and Xinjiang as well as investigations into the origins of COVID-19. urged to start.

The stance resulted in severe trade retaliation by China, including a tariff of more than 200% on Australian wines for five years beginning March of this year.

This week, Australia’s prime minister said his government would look to the World Trade Organization to help resolve disputes between the two countries, Inform Bloomberg Agency.

“Of course we want the talks to continue and resume,” Morrison said at a news conference on Saturday at the UK G7 leaders’ meeting, according to a transcript submitted by your office. “Australia is always ready to sit at the table and talk about making our partnership work,” he was quoted as saying by the media.

However, it appears that Australia’s efforts to resume talks with China have been flawed. On Sunday (13), Australian Commerce Minister Dan Tehan said that in January he had written a letter to his Chinese counterpart about ways to negotiate constructively, but had yet to receive a response.

Ahead of the G7 meeting, Scott Morrison said he would seek support from other global leaders to stop “economic coercion” from Beijing. According to Bloomberg, in a meeting with US President Joe Biden and British Prime Minister Boris Johnson, Morrison discussed issues of “mutual concern” regarding the Indo-Pacific region.