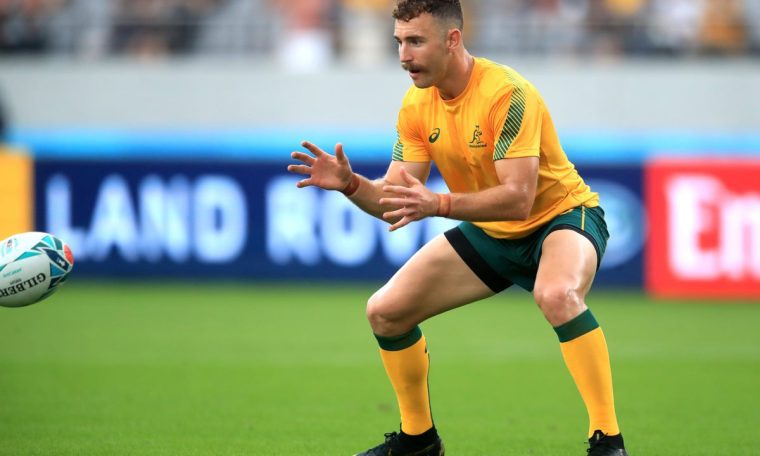 Australia look set for England to stick to their strategy of taking the Wallabies off the ball when their rivals face off in the series final at the Sydney Cricket Ground on Saturday.

Former Exeter scrum-half Nick White is surprised by the level of irritation directed at Australia in the first two trials, although Courtney Laws denies that any provocation is part of a premeditated plan.

In the second Test, White was slammed to the ground by Ellis Geng and England’s Propp also triumphantly pushed Michael Hooper to the chest.

It continued what Australia claimed was a deliberate policy that first emerged in the series opener, when Johnny Hill repeatedly dismissed opponent Darcy Swain with the ball.

After being hit hard in the chest and pulling his hair out, Swain eventually reacted to Hill with a headbutt and was duly expelled, resulting in a two-week ban.

Asked if he was surprised by the little thing coming from England, White said: “Yeah, maybe a little bit. A little surprised, but it’s two teams.

“We expect the same this weekend, they are coming after us. It’s just part of the game.

“We’re going to start this game more physically, but we’re not going to get into those things with the ball. Let’s leave it to those boys.

“You have to be careful about those areas, how you retaliate. With Genge, I was told to calm down when I felt like I was being stopped – you see what happened – the punishment went the other way. Gone.

“You have to be careful. You definitely don’t want someone to run, but there is something.

“Like I said, we’re not going to buy it. In the end, it’s a game of rugby and the only thing that matters is who wins.

“We know a little something will happen. Were in the first two games and will be in this game again, but we will do our best to focus on the rugby side of things.”

Genge faced White in the 16th minute at Suncorp Stadium, but instead of getting up, he used his elbow, forearm and palm to keep the quarterback on the ground.

Referee Andrew Brace investigated the incident and only issued a fine against Genge.

“Leaning on me with an elbow is a good way to put it. Ellis has his game in hand,” said White, who spent three seasons at Exeter until 2020 and now plays for the Brumbies.

“We are two people who know each other from playing in the Premiership. We are definitely just two competitors.

“He is a good man, a great player and a true talisman to England. I knew that if he had a chance to lay his hands on me, he would have a chance at me.

“Nothing malicious in terms of words, he just had a chance to lay his hands on me and thought he would tell it. It’s just rugby. I wouldn’t expect anything less this weekend.”

England captain Lodge laughed when he was told that the target of the ball was Australia.

“No, we really don’t. We kill them normally because they don’t like us! I’m the captain, thankfully, and I didn’t hear anything about them trying to finish,” Laws said. Told.

“We really just want to focus on ourselves and play our game and we really talk about not letting them wind up, so it’s really funny that he (White) said that! It’s quite ironic !

“Boys can be really excited for games. I’m not going to sit here and lie to you and say we’re not doing anything when we are, but we don’t talk about trying to get rid of them.