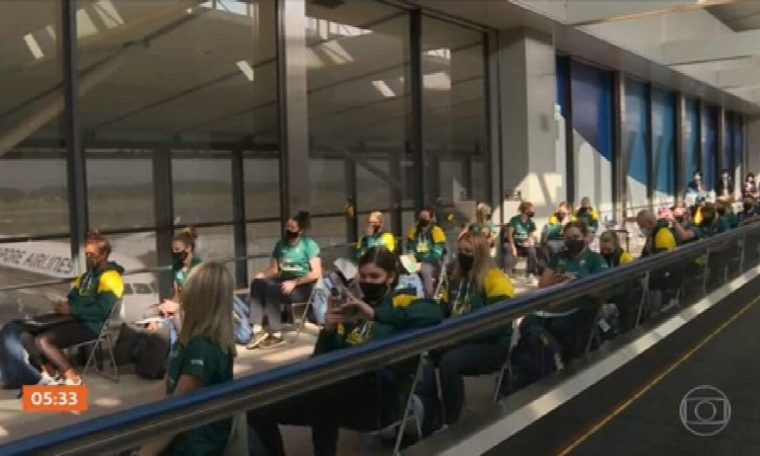 Australia’s softball team landed in Tokyo, Japan on Tuesday, becoming the first team to arrive in the country to compete in the Olympics. With 52 days to go before the inauguration ceremony, the delegation arrived with all its members vaccinated against Kovid-19 and shortly after landing at the airport, a coronovirus test was performed.

Shortly thereafter, the team left for Ota, which is 100 km from Tokyo, where they will make final preparations for the Olympics.

“We want to take all possible precautions to ensure the safety of ourselves and others,” said Jade Wall, one of the team’s players.

Japan, which is in a state of enforced emergency in many areas due to the recent increase in cases of Kovid-19, is witnessing a decline in numbers. The daily average, which was 6,500 cases at the beginning of the month, is now 3,500.

Less than 6% of the Japanese population took the first dose of the vaccine, the lowest among the world’s richest countries. About 30% of the population will be vaccinated by the end of July under the current government plan.