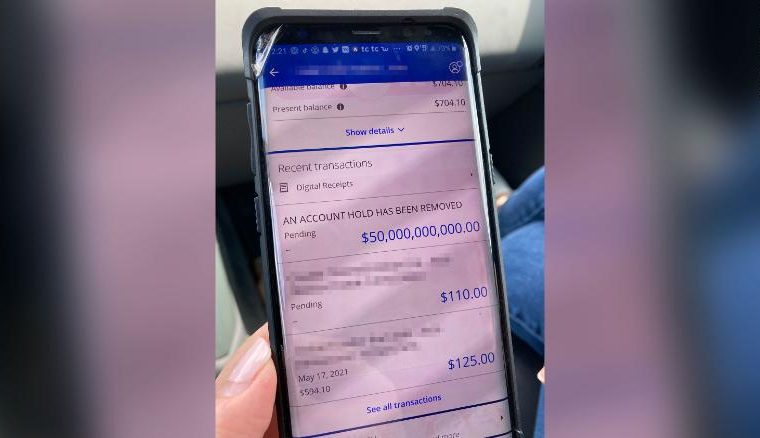 For four days, Darren James and his family were multi-billionaires. The Baton Rouge, Louisiana, United States realtor and his wife were doing routine checks on their finances last Saturday (26) when they discovered that $50 billion had been mistakenly deposited into their Chase account.

“It’s not like a zero error or two, it’s someone who fell asleep with their finger on the keyboard,” joked James. “I was definitely excited. Really wondered how it turned out there and I wondered if I had a rich uncle who owed me the money.”

But, to his dismay, it wasn’t an inheritance—just an incredibly unusual mistake.

“We’re still trying to figure out what happened, why it happened, how it happened, but we know it’s not only us,” he told CNN. “The concern is that my account was compromised and the bank didn’t even call me. We haven’t heard from anyone.”

Chase Bank acknowledged the error to CNN, but gave a different time frame to correct the error.

Chase Bank spokeswoman Amy Bonitatibus told CNN: “A few weeks ago we had a technical glitch that affected a limited number of accounts. The issue was resolved a day later and all accounts are showing the exact balance “

People who accidentally spend money deposited into their bank accounts can be charged with refunding the money, paying fees, and even committing crimes. In 2019, a couple in Pennsylvania faced robbery charges after their bank mistakenly deposited $120,000 into their account, and the couple spent most of it instead contacting the bank, police said. .

But James said he never considered spending a dime.

“My moral compass only goes one way and that is the right way,” he said. “There is a big difference between ethics and legitimacy. Honesty and good moral character immediately came to the fore, we can’t do anything with money. I didn’t earn it, it’s not ours to spend it.”

Still, he joked, “Unless it was a rich uncle or one of those emails I probably got back from a prince in Saudi Arabia who promised me $50 billion, it was a different There will be a story.”

James said that if the family could keep the money, they would try to “bless” others in need.

(Translated text. To read the original in English, Click here.)