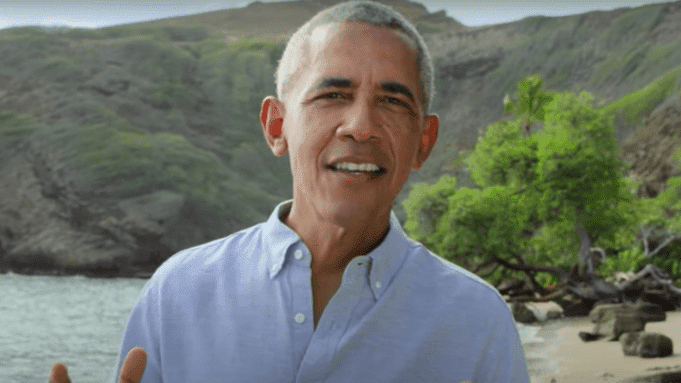 Former President of the United States, Barack Obama, surprising narrator has an upcoming documentary on Netflix titled “Our Great National Park,” a five-part series on wildlife around the world.

The series was announced in February as part of a program that Barack and Michelle Obama will produce for Netflix by Higher Ground Productions – although the ad does not mention that the former president will serve as host and narrator.

“A fish that can walk. Hippo surfers who want to catch the waves. Species found nowhere else on Earth,” Obama said in the trailer for Our Great National Parks. “When mankind began protecting these wild places, we didn’t realize how important they would become: They are a refuge for endangered species and a center for scientific research.”

In typical Obama style, the series will also have an educational and interactive component. The Nature Conservation Campaign launched by the Wildlife Conservation Society and Count Us is about to begin the series in coordination with the producers of our great national parks.

According to information released by the Deadline site, the program displays images in the rainforests of Indonesia in Monterey Bay, California, Tsavo National Park, Kenya and Gunung Leuser National Park parks.

The Obamas signed a multi-year deal with Netflix in 2018 with the stated goal of producing a diverse mix of content including Higher Ground Productions’ ability to “series scripts, unpublished series, documentaries, documentaries and features.”

In addition to a number of national parks, the company Netflix children’s programs Ada Twist, The Scientist and Waffles + Cobbler; Oscar winning documentary American Factory; The Peabody Award-winning film Crip Camp: The Disability Revolution, and Becoming, is based on the memoirs of former First Lady Michelle Obama.

The series “Our Great National Park” debuts on Netflix on April 13.