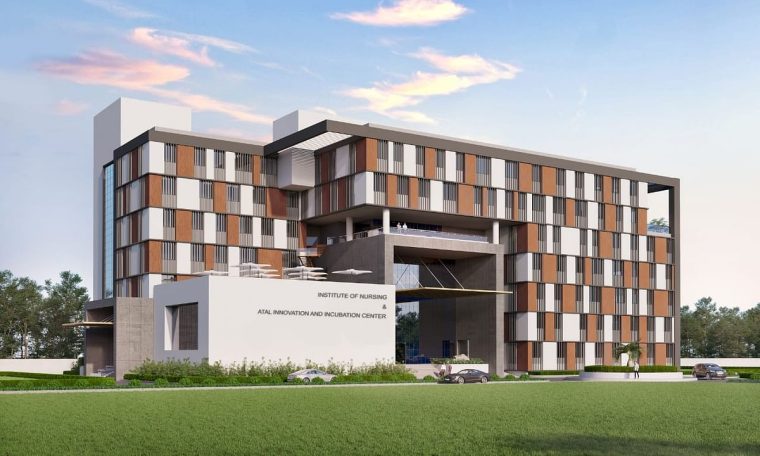 Baramati: The world famous Oxford University has recognized the Artificial Intelligence of the Agricultural Development Trust here. Now a new course will be started in Oxford with the help of the Trust.

President of the organization on behalf of Krishi Vikas Nyas Sharad Pawar Atal Innovation and Incubation Center has been established recently with his encouragement. Through this center, efforts are being made to use new and modern technology for high yielding crops at low cost.

During the recent visit of Institute Trustee Prataprao Pawar to England, he discussed with Dr. Ajit Gaokar, a scientist at Oxford University.

Wearable computing is the ability of any computer and artificial intelligence to detect pests, diseases and nutrient deficiencies in the field ten to fifteen days before the naked eye.

After researching the use of synthetic agricultural principles in agriculture as well as the use of post-harvest wearable computing technology, Dr. Javkar expressed satisfaction. Technicians from Oxford University have decided to start training local entrepreneurs in February.

Oxford hopes to build a long-term partnership with the Trust in technology, which will include the exchange of multidisciplinary technologies for the agriculture sector by editing data from greenhouses to artificial intelligence.

See also  Android: These are the new Google system updates and the first innovation for all users (list)

There will be a deal soon….

A Memorandum of Understanding (MoU) will soon be signed between Krishi Vikas Trust at Oxford University and Vidya Pratishthan’s Kamalnayan Bajaj College of Engineering and Architecture as well as Center of Excellence on Artificial Intelligence.

Read also: Actors cheated on the pretext of giving them a chance to work in short films

Trust chairman Sharad Pawar had insisted that technology should be used for the agriculture sector. He was instrumental in many new projects including the establishment of innovation and incubation centres. Sharad Pawar’s role is crucial in shaping the new relationship between Baramati and Oxford. Sharad Pawar expressed satisfaction after realizing that the course would now start from Oxford.

We are proud that the seeds of innovation are being sown in the soil of Maharashtra by the youth and a conducive environment is being created for it through Krishi Vikas Trust – Prataprao Pawar, Trustee, Krishi Vikas Trust, Baramati.