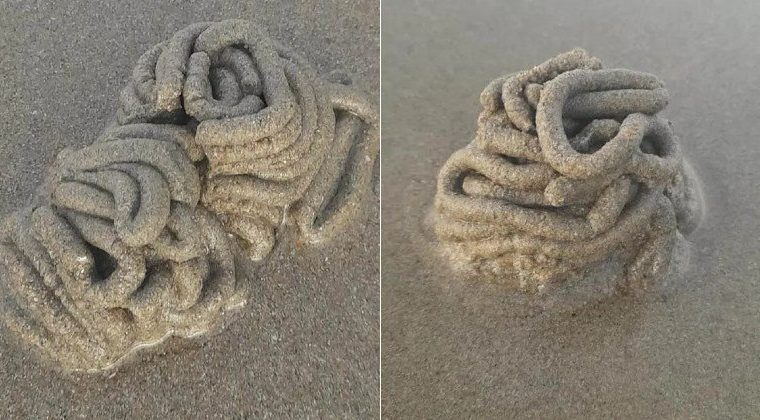 A few mounds of sand stacked like stools on a beach in Mackay, Australia, caught the attention of a sunbather. Curious, she took some pictures and shared them on a Facebook page to see if anyone knew what the strange structures were.

As Yahoo News Australia reports, “I know it might be easy for you guys to figure this out or just something commonly known.” “But I must say I don’t know what it is.”

Among the many jokes about defecation in the publication’s comments, some netizens linked the sandy formations to the activity of a species of sea worm called Arenicola Marina,

They are worm-like animals that live about 20 cm under wet sand, with their heads buried and their tails pointed towards the surface. see below:

As shown in the video above, the joke about having piles from stool is not far from the truth. These insects feed on microorganisms present in the water and organic matter present in the soil.


Worth the Click: The Ghost Town That Was Once One of the Deadliest Islands in the World

Therefore, all the non-digestible material is expelled through the tail in different ways, as seen in the photographs taken by Bather.

According to Yahoo, the digestion process aside, because of the ease of finding and gathering them in large colonies, many fishermen use these animals as bait.


Already on a Chinese beach, a human-sized creature was apparently found alive. Check it out below!