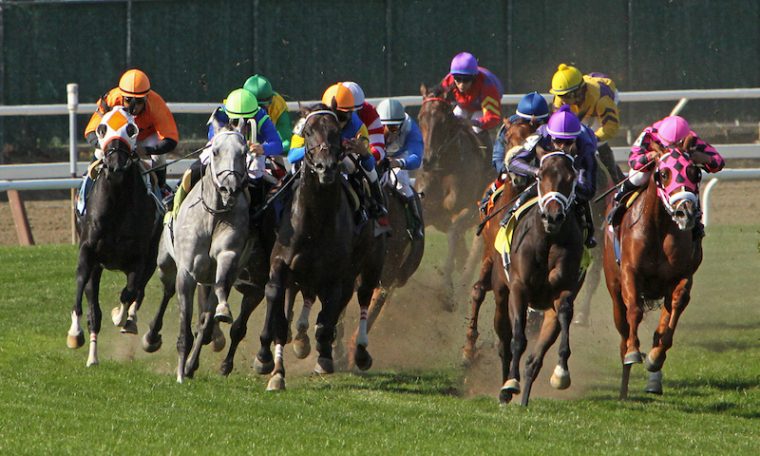 One of the most prestigious races in the second half of the year will take place at the start of July, as the leading three-year-old fillies head to Belmont Park for the Belmont Oaks.

The race is one of the most anticipated races every season, as there is a purse of $750,000 and winning connections get an automatic berth into the Breeders’ Cup Filly and Mare Turf.

It has been a Grade 1 affair since 1999, and is an integral part of the Stars and Stripes Meeting at Belmont. We will assess some of the runners that could be heading to the famous race here.

Many of the leading three-year-old fillies will be involved in the Belmont Oaks in 2021, as contenders look to join the illustrious winners that have won this race in the past. Notable winners of the race include lady Eli and New Money Honey, who both recorded victories at the Breeders’ Cup. Magic Attitude won the race in 2020 for trainer Arnaud Delacour, while Athena’s victory in 2018 remains the quickest finishing time that has been recorded in the Belmont Oaks.

Official declarations for the Belmont Oaks in 2021 are yet to be made, but one horse that looks almost certain to be heading to the Grade 1 is Higher Truth. Brown has achieved more success in this race than any other trainer, and his leading chance will come in the form of this three-year-old filly in 2021.

Despite an underwhelming start to her career, as she finished sixth in a maiden at Tampa Bay Downs, she has shown signs of progression over her last two starts.

Her first win on the track came at Belmont in April, as she looked impressive when holding off Lisheen and Coalition Building. She quickly added further success just a couple of months later, as she won a second race in three in an allowance at Belmont.

On that occasion, she finished clear of Coastana and Made in Italy. Her form at Belmont is a huge plus, and it would be hard to rule her out despite being unproven at graded company.

It would be hard to rule out horses that have already achieved notable victories this season, which includes Todd Pletcher-trained Con Lima. The three-year-old has been impressive throughout 2021 to this point, as she has won four from six starts.

Her first victory of the season came in the Ginger Brew Stakes at Gulfstream Park, before she added graded success later in the year in the G3 Herecomesthebride. She has won on her last two starts, which includes her strong performance at Belmont last time out when winning the G3 Wonder Again Stakes.

Gift List may also be another contender that could head to Belmont Park in July. The Edgewood Stakes has produced a number of winners of the Belmont Oaks, which includes 2019 winner Concrete Rose. The three-year-old has been impressive in graded company this season.

As well as winning the Grade 2, she also finished second in the G2 Appalachian and third on her most recent start in the G3 Wonder Again. If she heads to Belmont for the Belmont Oaks, she has the proven graded form that gamblers will be looking for.

There you have it, some of the most interesting picks for the upcoming Belmont Oaks. If you are in Michigan and you want to be on horse racing, click here to check how the laws apply in your state: https://www.twinspires.com/states/michigan