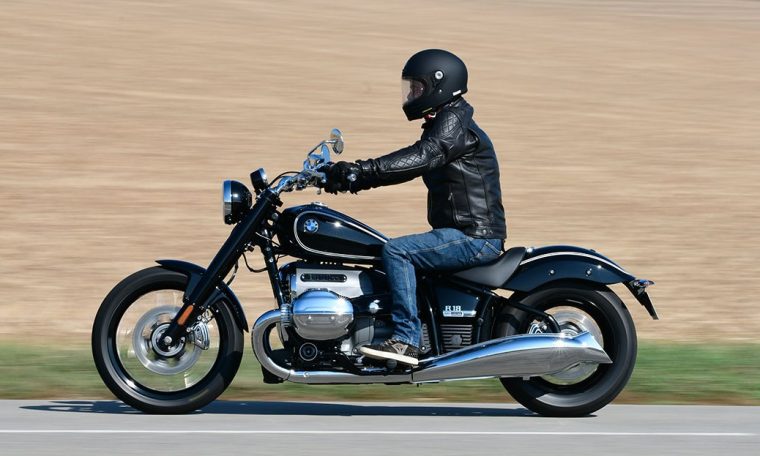 The BMW R12 name has already been registered in the US, Europe, Japan and Australia. All that remains is the official confirmation of the German brand, but the R12 – a derivative of the R 1200 C, but in the form of a smaller R18 – seems to be coming true, it is not yet known with which engine.

Two years ago, BMW entered the ‘cruiser’ segment with the launch of the R18, a model equipped with the 1,802 cm³ Big Boxer engine. So it became clear that the manufacturer intended to capitalize on this model to offer a more complete range. The R18 then saw several variants such as the R18 Classic, R18B and R18 Transcontinental, in addition to customization projects signed by Roland Sands, Blechman and other big names in motorcycle customisation. But everything indicates that the Munich brand does not intend to stop there.

Since the beginning of 2021, rumors have spread about a German cruiser with a smaller displacement. Now, this is no longer a rumour, but almost certain, as BMW Motorrad has simultaneously registered the R12 name in the United States, Japan, Germany and Australia, and has just completed this intellectual name protection in the European Union.

The name of the R12 also leaves little doubt: it will be a cruiser based on BMW’s opposed two-cylinder engine with about 1,200 cm³. Two options are available on the factory table: use the 1,250 cm boxer that powers all R 1250 S, or opt for the 1,170 cm air-cooled model of the R nineT.

The latter would be the most logical move, as the Big Boxer, also air-cooled, may be preferred by the brand, especially since the 1,170 cm³ engine is a direct development of the flat twin that powered the R 1200 C from 1997 to 2004. , the last German cruiser before the R18.