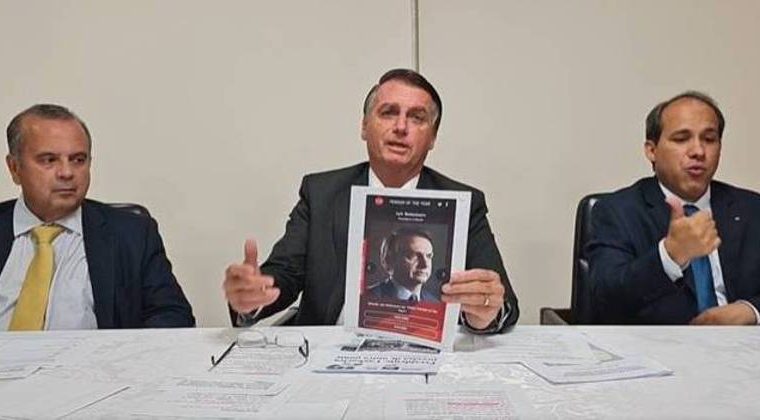 In this Thursday (25) Weekly Live, President Jair Bolsonaro asks his followers to vote for him to be chosen as the cover of a magazine in the United States. Each year, the magazine chooses the world personality with the most influence over 12 months, “for better or worse”, to print the publication.

“The election has been done for decades, personality of the year. There are 100 people. I was out of 100 in 2019 and 2020. And now, in 2021, we are leading. Thank you to those who voted for me. The vote is personal, if Whether you think that person likes you or not. I hope he wins. If he deserves it, I already thank whoever voted. And for voting for whoever didn’t. Opportunity found,” the President remarked.

At present, Bolsonaro is leading in the election. According to preliminary data released by the magazine, 76% of the poll participants voted for him to be chosen as the personality of the year. Among the competitors, the President of Brazil is the only person who has more than 50% of the votes in his favour. The second highest rated former US President is Donald Trump, with 39%.

In addition to Bolsonaro and Trump, Pope Francis is vying for personality of the year position; President of the United States, Joe Biden; Russian President Vladimir Putin; Prime Minister of India, Narendra Modi; Chinese President Xi Jinping; among others. The magazine will release the result on December 8.

See also  US slaps 10% levy on some Canadian aluminium