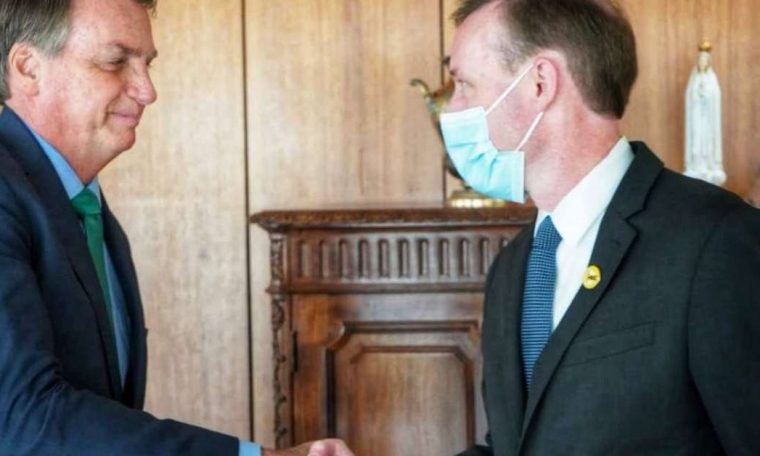 President Jair Bolsonaro This Thursday morning, the 5th met with the US National Security Advisor, Jake Sullivan. The purpose of the visit is to reaffirm the strategic partnership between the two countries. The meeting, however, is not on the chief executive’s official agenda.

US Embassy Announced the meeting via Twitter and posted two photos of the meeting. In one entry, Bolsonaro and Sullivan are seen shaking hands. The US representative wears a mask, not the president.

“The US delegation led by White House Counselor Jake Sullivan arrived in Brasilia today to explore concrete ways to expand the US-Brazil partnership and strengthen the economies of both countries,” announced the embassy’s official profile on social networks.

and to begin his visit to Brazil, National Security Advisor @JakeSullivan46 met the president today @jairbolsonaro. They reaffirmed the importance of the strategic partnership between pic.twitter.com/LaLmqQVmwD

The conversation addressed the issue of 5G technology, fifth generation mobile telephony. Brazil is preparing for a frequency auction and the US government is pressuring the country to avoid using Chinese equipment. Brazilian companies are against banning Chinese companies in this sector.

5G technology promises speeds up to 20 times faster than 4G and allows for greater consumption of videos, games and virtual reality environments. A 5G auction is scheduled for this year, following authorization from the Federal Court of Accounts (TCU).

Huawei has been a main target of US diplomacy, which advocates for a worldwide ban on the company on the grounds that it serves as the spy arm of the Chinese Communist Party. This vision is supported by the ideological wing of the government. However, Huawei denies the allegations, says it has been operating in Brazil for more than twenty years and confirms that it has never reported any problems with data breaches in the countries where it operates. it happens.