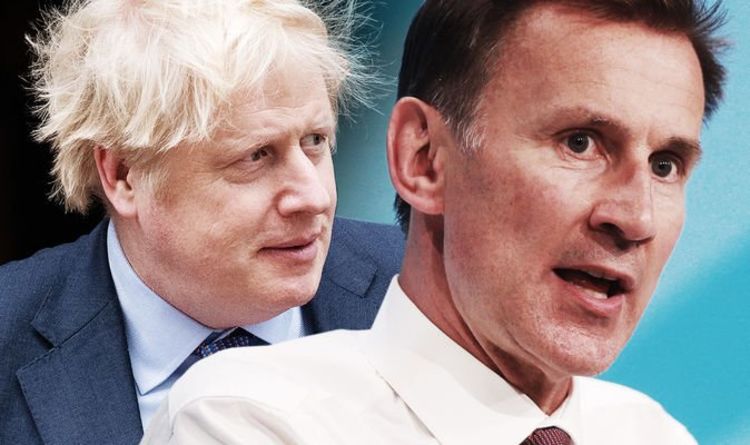 In July, Johnson defeated former Secretary of State Jeremy Hunt at 10 Downing Street. He received 66.4 percent of the vote for Tory MPs, compared to 33.6 percent for Mr. Hunt.

Mr Hunt was the last challenger for Mr Johnson after losing several other opponents, including Michael Gove and Rory Stewart.

Mr Hunt was hampered in his bid to support Brexit by supporting members of the track, which he backed in a ‘stay’ vote in the 2016 referendum.

Speaking to Sky News, he said: “I’ve definitely fired a shot, there’s no question when you look at the year that poor Boris did.

“It has been a very difficult year for anyone to become the Prime Minister, there is absolutely no question about it,” he said.

“I would have wanted a job but I know Boris Johnson has done something important that he has won a majority of 80 seats for the Conservatives.”

His Conservatives won 43.6 percent of the vote, compared to 32.1 percent for his left-wing opponent.

President Trump later said that Johnson had assured him that at this point he was “although it was over.”

However, an interview with The Sun Mr. Johnson. “I never thought I would be back,” she said.

The prime minister was released from St Thomas’ Hospital on April 12.

The death toll in Britain is more than 41,000 in any other country in Europe.

It also has the highest number of confirmed cases of Kovid-19 with 339,000 on the continent.

During his Sky News interview, Mr Hunt revealed that Mr Johnson had “lovingly” offered him a cabinet post.

It turned out to be “I wanted to spend a little more time with my types”.

However, Hunt joked that “after five months with him, I’m starting to question that decision.”

The coronavirus lockdown caused the British economy to shrink by 20.4 per cent between April and June compared to the previous three months.