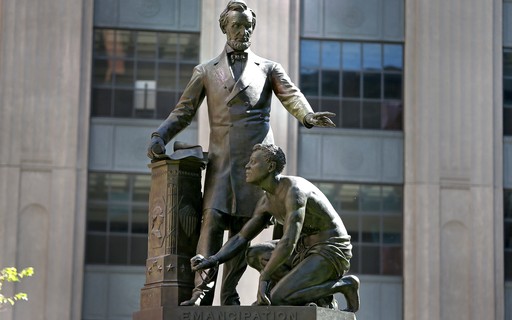 On display in Boston since 1 was 4, the Liberation Memorial was withdrawn last December 29, 2010, following a request that more than 12,000 people signed, asking for its removal. The request was voted on by the Boston Public Arts Commission, which accepted the petition.

The memorial is based on a similar one in Washington, DC, where a freed slave is depicted standing in front of Abraham Lincoln. The statue is intended to commemorate the end of slavery in the United States, but many people understand the representation by kneeling at Lincoln’s feet.

The commission’s statement said the expulsion decision recognized Murty’s role in eliminating harmful prejudices and the role of black Americans. The fate of the memorial will still be decided, which may go to a museum.