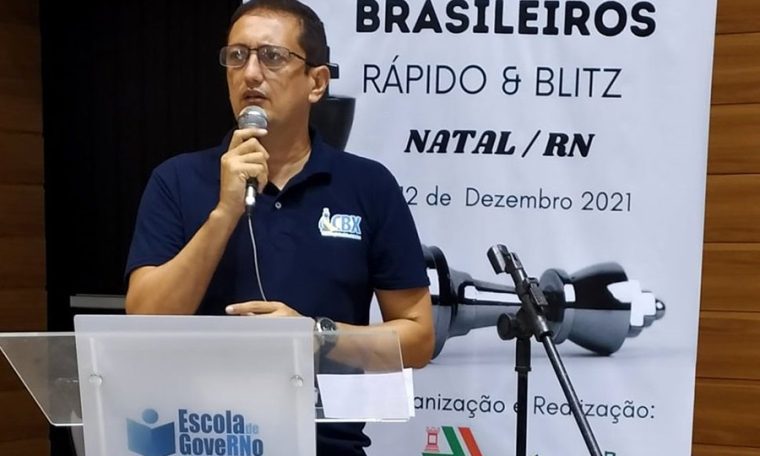 There will be two Indian coaches in the Brazilian delegation to participate in the 44th Chess Olympiad in Chennai, India. The partnership was announced on Tuesday (5) by the Brazilian Chess Confederation (CBX) in an interview to The Times of India newspaper.

The Brazil and India partnership will see coach Priyadarshan Kannappan, a Grand Master winner of 11 international medals and one of the youngest coaches certified by the International Chess Federation (FIDE), and India’s 36th Grand Master Ankit Rajpara, who will take part in the tournament. will achieve great success. Citizens of Junior Chess.

According to CBX President, Maximo Igor Macedo, the aim of the partnership is not only to strengthen the Brazilian team that will compete in the Olympics in Chennai, but also to start work to strengthen the basic categories of Brazilian chess. Igor revealed, “It is with great satisfaction that we announce this partnership with India, because in addition to being a historic team at the Olympics, we are the first to add to the basic categories the best produced in world chess. Will take steps”, revealed Igor. Macedo who defends the development of Brazilian chess.

“They are two young and internationally experienced coaches who will help us expand our base, helping to identify and develop Brazilian chess, our main goal”, explained the CBX president. The two Indian coaches have already started online training with the Brazilian team, which will have 12 members in Chennai.

Priyadarshan Kannappan did not hide his excitement to be a part of the Brazilian team. “This partnership is something incredible, I am very happy for the invitation because there are many similarities in our countries and we will certainly achieve good results. The responsibility is huge, but the trust is huge”. Ankit Rajpara thanked him for this opportunity. “It is a great honor to participate in this partnership, we are already working with online training and classes and we will definitely have a great Olympics,” he added.

Athlete and coach of the basic categories of the Brazilian team, Grand Master Andre Diamant, also participated in the interview with the Indian newspaper and said that this partnership will lead to an important exchange of experiences. “We are aware of India’s great potential in modus operandi and classes with the best Indian chess coaches will provide us with a very rich and lasting exchange of experiences”, he remarked.

The International Chess Federation (FIDE) has officially announced that the 2022 Olympics will be held from July 27 to August 10 in the Indian city of Chennai, which replaces Moscow, the capital of Russia, which has been suspended from the organization of chess events due to the military. has been laid out. Invasion from that country to Ukraine. Chennai, formerly Madras, is the home of former world champion Viswanathan Anand.