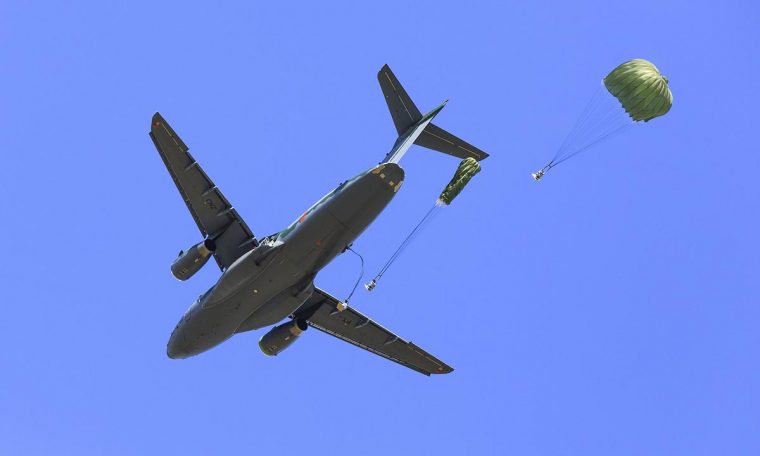 On the aircraft, 13 soldiers and two dogs were trained to perform the task in combat scenarios, launching them in free jump from the side doors of the aircraft. The flight took place in the FAM-FIT module, in the region of Palanquero, Colombia, whose abbreviation is Familiar Flight (FAM) and Army Integration Training (FIT).

According to load master From the aircraft, Petty Officer Otoniel Elias dos Reis, this step is necessary for foreign military personnel to become familiar with the area and to know the procedures and specifications of the aircraft.

“It is very important to launch and share security and defense principles with friendly troops, especially when we have military personnel from other countries”, highlighting the NCOs.

The launch is part of the international exercise Cooperation VII, which aims to improve the strength and operational skills of members of the US Air Force Cooperation System (SICOFAA), in addition to becoming an ideal place for the exchange of experiences. Methods, strategies and knowledge for the effective development of firefighting operations, aerial medical evacuation and search and rescue.

First Parachute Launch on KC-390 Millennium This happened in December 2020, when troops of the Parachute Infantry Brigade (Bda Inf Pqdt) of the Brazilian Army were launched. Training was conducted for the members participating in the operational exercise ending, which took place in the state of Louisiana in the United States of America (USA).

plane too Paratroopers launched during concluding exercise, on joint flights with C-17 and C-130 aircraft of the United States Air Force (USAF) in February this year. The mission was a milestone in the KC-390 development project, as the aircraft had the opportunity to fulfill all the stated objectives, military transport aircraft already established and used in combat scenarios around the world.