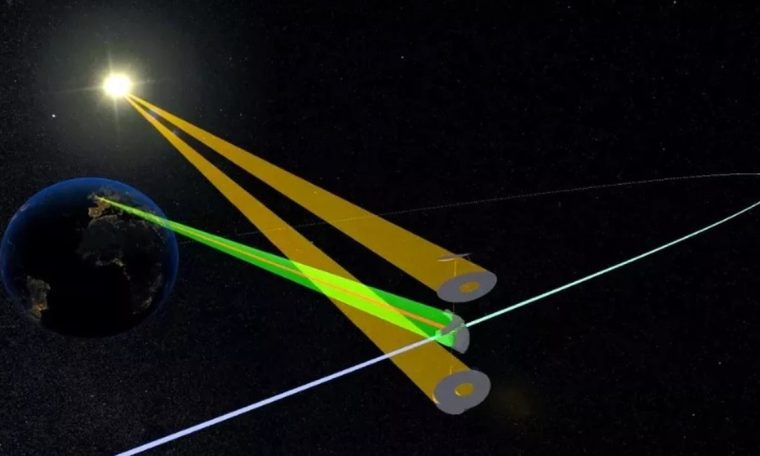 More than 50 UK technology organisations, including aerospace manufacturer Airbus, the University of Cambridge and satellite maker SSTL, have joined the UK Space Energy Initiative, which is launched to explore options for developing power plants in space by 2035.

According to Space, the project is betting that transmitting electricity from space using the Sun could help the UK reach its goal of zero greenhouse gas emissions by 2050 more cost-effectively than many current technologies.

Speaking at the Towards a Space Enabled Net-Zero Earth conference in London, the initiative’s chairman, Martin Soltau, said that all the technology needed to develop a space-based solar power plant is already in place.

The work is based on an engineering survey conducted by consultancy Fraser-Nash and commissioned by the UK government last year. “The study concluded that it is technically feasible and does not require any advances in the laws of physics, new materials or component technology,” Soltau said.

At the same conference, Andrew Ross Wilson, an aerospace engineering researcher at the University of Strathclyde in Scotland, agreed that a space-based solar power station is a realistic project.

“The concept has been around since the 1960s,” he said, adding that among the challenges in getting the plant working is the question of what will happen to the massive structure once it reaches the end of its useful life. “We really need to try to look at recycling in orbit to move towards a more circular economy.”

According to Soltau, the development plan is for 12 years, a period in which a demonstration plant assembled in orbit by robots can already be seen radiating gigawatts of energy to Earth from space.

This modular nature of the plant in orbit means it can be expanded after the demonstration phase. But the demonstrator will also be huge, with a diameter of several kilometers, and orbiting 36,000 kilometers above Earth.

“The main function of the satellite is to collect solar energy through large, lightweight mirrors and to concentrate the energy in photovoltaic cells, just as we do on Earth,” Soltau explained. “They produce direct current electricity, which is then converted to microwaves via solid-state radio frequency power amplifiers and transmitted to Earth in a coherent microwave beam.”

Another advantage is that the space plant will not suffer from the intermittent problem, which affects most renewable energy production on Earth.

To receive energy from space, the system would require a giant Earth-based antenna. Nicknamed rectena, the device will receive microwave radiation sent from space and convert it into direct current electricity, which is used for high voltage transmission.

The structure functions as an open network of antennas 7 x 13 kilometers in size. “It is huge, but in the UK context, it would only take up about 40% of the area of ​​an equivalent solar farm,” concludes Soltau.