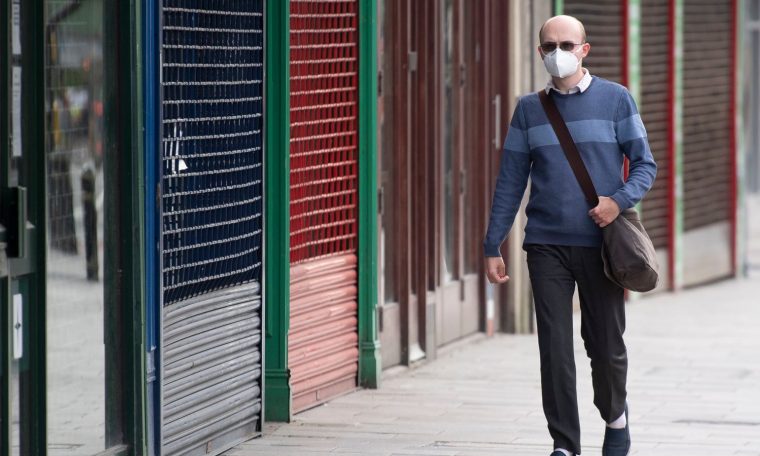 Councils across England have been given fresh powers to shut down shops and cancel events in a move aimed at preventing local lockdowns.

Prime Minister Boris Johnson said on Friday that local authorities would be given stronger controls in time for the weekend, as he set out new details for returning the country to normality following the coronavirus outbreak.

James Jamieson, chairman of the Local Government Association (LGA) which represents council leaders, said he was hopeful the new measures would prevent local lockdowns, like that seen in Leicester, being required in future.

The prime minister said at a Downing Street press briefing on Friday: “From tomorrow, local authorities will have new powers in their areas.

“They will be able to close specific premises, shut public outdoor spaces and cancel events.

“These powers will enable local authorities to act more quickly in response to outbreaks where speed is paramount.”

Ministers will also be given extra powers, to be laid out in more detail next week, enabling them to close factories and sectors of the economy in certain regions.

It will also enable them to reintroduce bespoke stay-at-home orders.

Mr Jamieson said: “Locally-led responses have proven to be the best way to tackle significant outbreaks, which this framework rightly emphasises.

“Councils know their local communities best and know how to address each unique outbreak.

“Greater powers for councils to take swift and effective action to address local outbreaks will hopefully help avoid the need for more stringent measures to be imposed locally.”

He added that the use of enforcement powers “should be an option of last resort” and called for more “granular-level data” to be made available to councils to allow them to be “better able to act in real time to increases in infection rates”.

The move comes amid a row about the way ministers have imposed a lockdown on Leicester and parts of the surrounding region.

Health Secretary Matt Hancock announced a partial easing of the prolonged lockdown measures in the city on Thursday, but said COVID-19 rates remained too high there to allow pubs and restaurants to reopen.

Leicester mayor Sir Peter Soulsby has since accused the government of penalising businesses and residents in a city that predominantly votes Labour.

Areas outside of Leicester City and the borough of Oadby and Wigston will align with national lockdown rules in England from Saturday.

It means non-essential shops, bars, restaurants and hairdressers not in the continuing protected zone will be permitted to open from 18 July.

Schools and childcare settings outside the protected area will also be able to open from the same date, in line with national restrictions.

Non-essential shops and schools in Leicester City and the borough of Oadby and Wigston will be allowed to open from 24 July, but bars, restaurants and hairdressers will stay closed, with a review due to take place by 1 August .

Mr Johnson also signalled a significant easing of coronavirus restrictions in England at the briefing on Friday, relaxing work-from-home guidance and paving the way for theatres and sports stadiums to reopen.

Leading scientists warned the prime minister may struggle to deliver his vision of a “significant return to normality” in time for Christmas.

Sir Mark Walport, a former chief scientific adviser, said that it could prove difficult to achieve with respiratory illnesses tending to flourish in the colder weather.

His comments echoed those of Professor Chris Whitty, the chief medical officer for England, who told the Lords Science and Technology Committee measures such as hand-washing, isolation and household quarantine would be needed for a “prolonged period”.

The government’s chief scientific adviser Sir Patrick Vallance, who had previously warned against easing the work-from-home guidance, told the committee that the winter would be a “very complex time” with people going down with other illnesses which were not COVID-19.

The prime minister said during the briefing it will be up to employers in England to discuss with workers whether it is safe to return from 1 August.

Most remaining leisure centres will reopen from that date and indoor performances with live audiences can resume if pilots are successful, while trials will begin for sports stadiums to reopen from October.

Mr Johnson, who also immediately scrapped the advice to avoid public transport, said Sir Patrick and Professor Whitty had taken part in a Cabinet discussion before the relaxation was announced.

However he said that ultimately “decisions are taken by the elected politicians”.