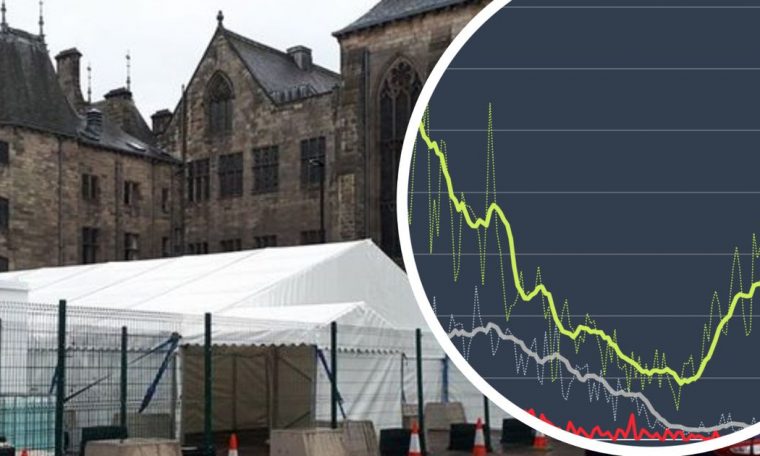 The coronavirus infection rate has fallen in Oldham, according to new data released as the government is reportedly considering further lockdown measures in the town.

The infection rate in Oldham was recorded at 84.4 yesterday but it fell to 78.9 in the week ending Monday, August 17th, according to figures published this afternoon. Oldham still has the highest rate in England but there are signs of a clear downward trend in the latest data.

There were 187 positive tests in Oldham in the week ending August 17, which was 78 fewer than the previous week – a fall of nearly 30 per cent.

However, there was a spike of cases in neighbouring Rochdale in the latest figures and the rate in Manchester continues to stay very high, hovering just below a ‘red alert’ threshold.

A total of 155 new cases were reported across Greater Manchester today, and the latest data shows that cases appear to be levelling out, or starting to fall, after rising for four weeks.

New data is published every day by Public Health England but there is a delay of 3-4 days for the Covid-19 test results to be reported in full.

In Rochdale the infection rate had been falling for the last five days but it jumped back up to 44.5 for the week ending August 17.

That was due to a surge in cases on Monday this week when a total of 33 positive tests were confirmed in Rochdale.

Rochdale has only once before had more than 33 confirmed lab tests in a day – when 36 people tested positive back on April 8 at the height of the pandemic.

In Manchester, the infection rate remained hovering on 49 cases per 100,000 for the second day in a row. If the rate climbs above 50 then the city would be placed on a ‘red alert’ on the government watchlist.

Only two other areas in Greater Manchester are seeing an upward trend in case numbers. Bury has seen a marked rise in cases and now has an infection rate of 32.9 per 100,000 people.

Salford is also recording more cases week-on-week and has an infection rate of 33.6

The number of cases has fallen sharply in Tameside, Trafford and Stockport, compared to the previous week.

Tameside remains on an infection rate of 25.6, just above the threshold which keeps it on an ‘amber alert’ on the government watchlist.

Bolton, Trafford and Stockport all have an infection rate below 25 with numbers falling particularly sharply in Stockport.

Wigan continues to have the lowest coronavirus infection rate in Greater Manchester and one which is below the national average, with the latest rate put at 8.8.

The number of coronavirus cases in every borough is published each day by Public Health England, and can be downloaded at this link.

The number of coronavirus cases across Greater Manchester began to rise around July 16th and local lockdown measures were announced on July 30th.

The case numbers continued to rise up until the end of last week but in recent days have levelled out and may now be falling.

There has been no related increase in the number of hospital admissions with Covid-19 or people diagnosed with Covid-19 while in hospital and the majority of recent positive cases have been through ‘Pillar 2’ testing.

READ  The US president says that he will pressurize Russia to respect human rights; Understand the political tension between Biden and Putin. world

The number of people who have died in hospital after testing positive for coronavirus has also continued to stay very low during the recent outbreak of new cases.

The government has indicated that it will take action to impose local restrictions wherever infection rates start to rise.

It has been reported that local lockdown measures may soon be imposed in Birmingham, where the rate has risen to 25 cases per 100,000 people, which is still lower than in most of the ten boroughs in Greater Manchester.