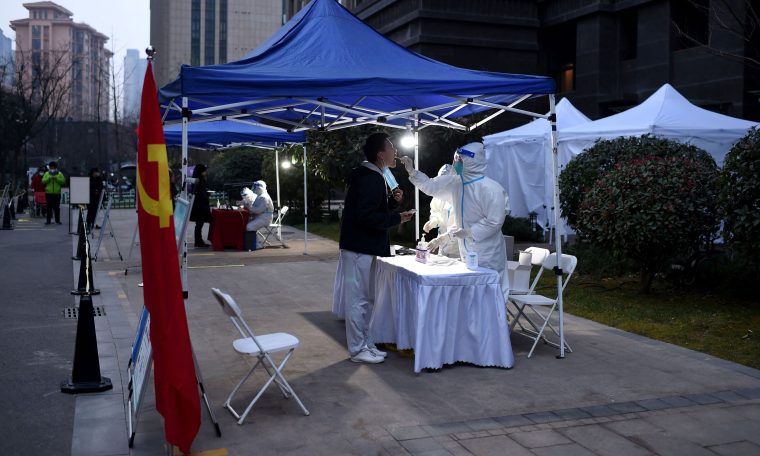 a China reported its biggest daily increase in local cases of COVID-19 In 21 months, infections more than doubled in the northwestern city of Xian, the country’s latest coronavirus transmission hub.

According to official figures released this Sunday, the city of 13 million residents, which entered its fourth day of lockdown last Saturday (25), has detected 155 cases of domestic transmission with confirmed symptoms, compared with a day earlier. It was 75.

It brought the national daily count to 158, the highest in China’s containment of the national outbreak in early 2020.

Xian, with 485 local symptomatic cases reported for the period 9-25 December, has taken colossal measures to contain the outbreak in line with Beijing’s policy that any outbreak should be contained as soon as possible.

He Wenquan, an official in Xian, told a news conference on Sunday that the city was able to detect these cases quickly through three rounds of large-scale testing, adding that a large number of cases could continue in the coming days. .

“In order to quickly track down groups of infected people, after expert analysis, we will intensify control measures in key areas, especially in places with a high level of risk,” Wenquan said.

The local government also announced that it would launch a citywide disinfection campaign starting at 6 p.m. local time, asking residents to close their windows and bring clothing or other items from their balconies.

Residents cannot leave the city without approval from employers or local authorities, and several rounds of mass testing were carried out to identify cases.

The city has not yet announced any infections caused by the micron variant, although Chinese authorities have reported several infections with the new variant in international travelers and southern China.

Including imported cases, mainland China confirmed 206 new cases as of December 25, up from 140 a day earlier.

There were no new deaths, leaving the cumulative number of deaths at 4,636. As of 25 December, Mainland China had 101,077 confirmed cases.