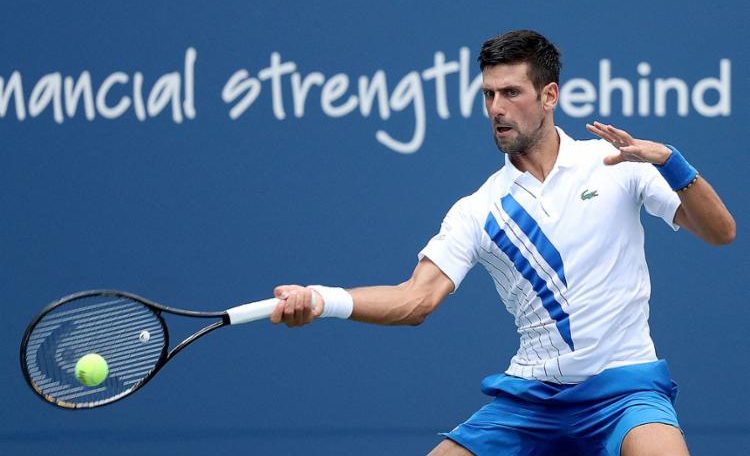 Novak Djokovic could star in a Wimbledon final rematch against Italian Matteo Berrettini in the US Open quarterfinals and face Olympic champion Alexander Zverev in the semifinals as he fights to complete this year’s Grand Slam in New York.

In the women’s section, the semi-finals are likely to see a duel between defending champion Naomi Osaka and first seed Ashleigh Barty against second seeds Aryna Sabalenka and Karolina Pliskova.

In the men’s singles table draw released by the United States Tennis Association (USTA) this Thursday, 26, the seed was on one side of the table that could have propelled him to face Australian Alex de Minaur in the fourth round.

The 34-year-old Serbian, winner of 20 Grand Slam tournaments, could face sixth-seeded Berrettini in the quarter-finals, and if he maintains his level on his way to the title, potential rival Zverev in the semi-finals.

The German came close to winning the US Open title last year when he lost in the final to Austrian Dominic Thiem, who was injured and is now unable to defend the title from Monday at Flushing Meadows.

The other side of the table is led by second seed Russian Daniil Medveded, with third, Greek Stefanos Tsitsipas and sixth, Russian Andrey Rublev.

Rublev and Tsitsipas may face off in the quarter-finals.

In the women’s group, third-seeded Osaka may face German Angelique Kerber in the fourth leg against sixth-seeded Ukrainian Elina Svitolina, before a possible duel in the quarter-finals.

The tennis world is eyeing the Japanese star who left Wimbledon to pull out of the French Open due to mental health issues.

On her way to the US Open, she could face semi-finalist Belarusian Sabalenka at Wimbledon last month or eighth-seeded Czech Barbora Krejcikova, winner of this year’s French Open.

Top favorite Barty, who won her second Grand Slam title at Wimbledon in July, has big potential rivals in the quarterfinals, including Czech Pliskova and Canadian Bianca Andreescu.