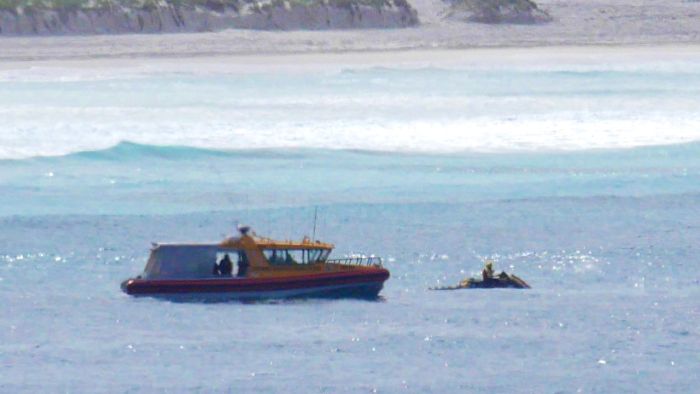 The search for a man was launched yesterday morning near Esperance on the south coast of Western Australia, when he was attacked by a shark.

Eight soldiers were in the water at the time and witnessed the attack along with passengers on the beach.

No trace of the man’s body was found, but his surfboard was found washed with signs of shark damage.

On Friday, police said the man’s chances of survival were slim.

Police divers from Perth have joined the search with the help of Surf Life Saving WA.

Other local and state government officials are assisting, including the Southern Ports Authority, the Parks and Wildlife Department and Esperance Shire.

The community is saddened by another attack

Over the past decade, there have been more widespread deadly attacks in and around the Esperanto coast.

In 2014, 23-year-old surfer Sean Pollard was attacked on the beach by a shark, losing his arm and other arm.

Three years later, 17-year-old Leticia Brewer died after being bitten by a white shark in the same area.

Diver Gary Johnson was killed in January this year off Total Island off the Esperance coast.

Police said the man who was attacked yesterday was a “prominent” local and well-known in the community.