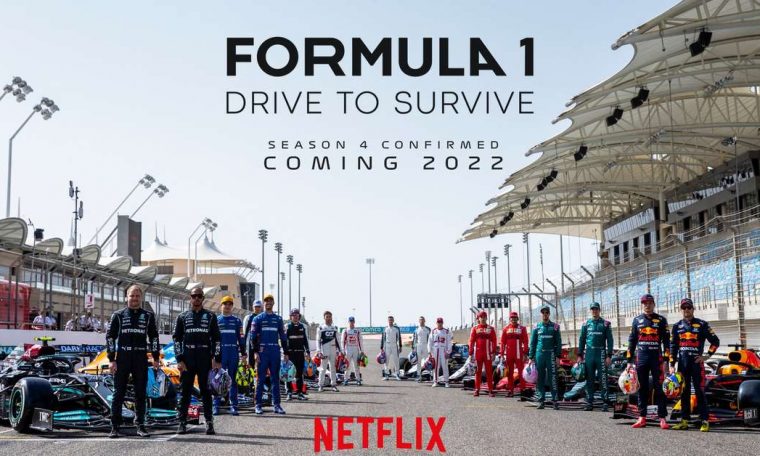 Introducing the fourth season of ‘Drive to Survive’. The documentary series which began in 2019 and has since presented Formula 1 from a different perspective and has gained audiences and attracted a new generation of fans to the main category of motor sport, is confirmed in its fourth cycle , which airs ” Beginning of 2022″, reported F1 on its social network.

The news isn’t surprising in itself, as several Netflix-affiliated employees have already been spotted in the Formula 1 paddock at races earlier this season.

Produced with Box to Box and the Netflix streaming platform under the command of James Gay-Rees, the series was born with a proposal to show and portray Formula 1 from a different angle, primarily, great stories that comprise the category. And that they are often just behind the scenes.

The 2021 season, even with only 11 races played, has already presented great stories. Like the backstage battle between Red Bull and Mercedes, Lewis Hamilton scored 100 victories in his career, Sergio Pérez’s surprise victory in Azerbaijan and Esteban Ocon in Hungary, Sebastian Vettel’s performance in defense of LGBTQIA+ pride, Fernando Alonso’s The return, Williams’ return With the Dutchman’s right to crash in the first round of the British GP at Silverstone, a clash between Max Verstappen and Hamilton for the title.

According to Formula 1’s official website, the main focus of the fourth season of ‘Drive to Survive’ will be on top of the rivalry. “The popular documentary series, which has been a hit with both new and longtime fans, will focus on the drama and intrigue of the 2021 season, which has so far seen Max Verstappen and Lewis Hamilton fight for the title.”

“The new series will feature all the usual behind-the-scenes content that you know and love. Now just wait for it to hit our screens,” F1 said in a statement.

The way ‘Drive to Survive’ has leveraged Formula 1 ratings in places where the category has never had as much appeal as it did in the United States, has also opened the eyes of MotoGP, which has taken on the likes of Netflix competitor Amazon. made a deal with. Get your documentary series coming soon.

Netflix’s success with ‘Drive to Survive’ prompted the streaming platform to produce and broadcast other Formula 1-related content. Netflix has confirmed the premiere of the documentary “Schumacher” for September 15, following the trailer released last Wednesday.

A film about the life of Ayrton Senna, played by actor Chai Suede, is expected for 2022. A documentary is also expected to be shown in eight episodes about former Formula 1 boss Bernie Ecclestone.

Michael Schumacher Today: the result and goal of the conflict between the wife and the former entrepreneur