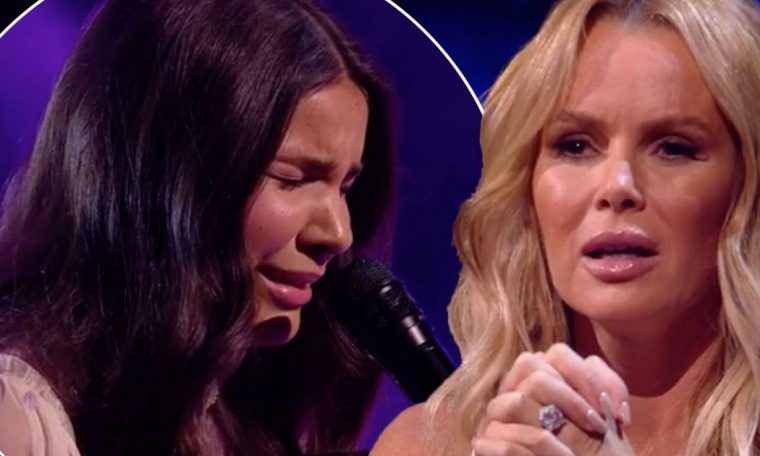 Fans of Britain’s Got Talent have been called upon to “dismiss” the judges after Sirin Jahangir failed to make it to the live finals.

The 14-year-old singer from London blew the audience with her powerful Carrie U performance by Ruel in the third semifinal of the ITV show on Saturday night.

Serene, who is blind, was so overwhelmed with emotion at the end of her performance that she burst into tears, with hosts Ante McPartlin and Declan Donley leading the way to see her well-being.

The teen made it into the top three against the Magician Magical Bonus and Dance Trace X1X Crew – she lost to the former, who reached the final, which aired in October.

Judges Alessa Dixon, Amanda Holden, David Williams and Ashley Banjo all praised her for her “magical” performance – so when she was anesthetized, the audience was not impressed.

Amanda – who wanted to keep Siren lost: “Oh dear, I really felt for you in the end. It was just magical. Angel and gentle.”

Ashley said: “Magic is the right word. What you did with your voice and piano is something hardly an artist can do. I was transported.”

Alesha added: “It’s one of those moments that takes your breath away.”

Some were so upset with their decision that they demanded a change of judges, while others said they had made the wrong decision.

One said angrily: “Sign with us and Siren is the best ever. Think BGT needs to get some good judges or it should be its day! Getting a joke! #BGT Bored! “

Another posted: “I just voted for Sirin! I honestly don’t know what the judges were thinking! This is the third week in a row that they have made the wrong decision! ”

A third said: “How was Sirin Jahangir not introduced? Not only is he extremely talented and he was a great actor last night but he is also a huge inspiration. ”

Another added: “All my votes went to this beautiful and incredibly talented girl. He is incredible. I’m surprised he wasn’t chosen to go straight to TBH. “

Britain’s Got Talent continues on ITV at 8pm on Saturday.