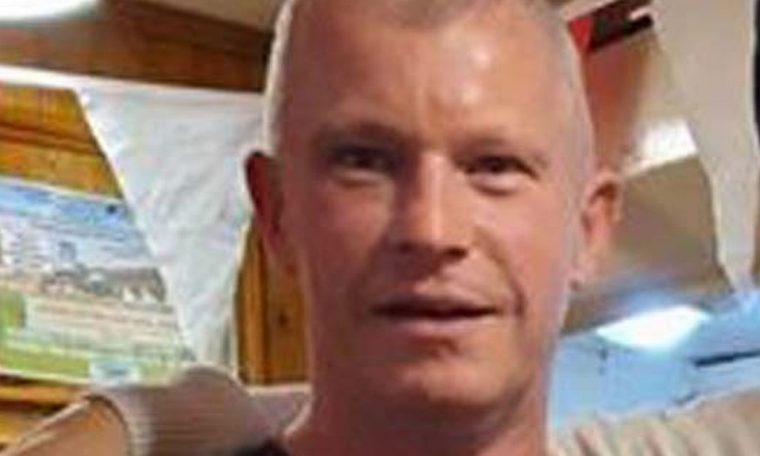 This is the first picture of a dad who died after he was reportedly punched by a fellow Screwfix customer in a row over queue jumping.

Businessman Andrew Webster, 51, is said to have fallen and hit his head on the pavement during an altercation outside the DIY shop in Warrington, Cheshire, on July 2.

Another trader claims Mr Webster and the other man got into a row, possibly because one had jumped the queue, and the dad was hit four times.

Mr Webster’s devastated wife Lisa, with whom he had an 11-year-old daughter, Ruby, has described him as the “gentlest of men” and a “true hero”, as his organs were donated before he died so he could save lives.

Mrs Webster, 42, wrote in a Facebook post: “I want you all to know he was my true hero. He was just the most amazing, bravest guy.”

Have you been affected by this story? Email [email protected]

She told the Daily Mail her husband did not know the other man.

Friends have paid tribute to Mr Webster, also known as Andy, whose death was announced by police on Wednesday.

One wrote on Facebook: “So proud of you man to find out that now you have now given life to people and your kidney and your liver have been successfully transplanted.

“Wow am bursting with pride. Please if you haven’t become a donor you don’t realise how much you can give.

See also  Where to watch bronze matches in women's football

“Andy filled the form out over 10 tens. Remember you can’t take them with you but you can’t half make a difference.”

Another wrote: “Rest in peace Andy hope you are getting puppy cuddles from your late pup. You always built up my confidence every time I saw you, a beautiful family ripped apart by some mindless thug.

“Sleep tight you kind, gentle man. So loved and taken too soon. Huge love to Lisa and Ruby.”

A third added: “Don’t know why this has happened but you didn’t deserve this outcome mate.”

Cheshire police continue to appeal for witnesses to come forward after a 24-year-old man was arrested and released on bail pending further enquiries.

Witnesses have suggested Mr Webster, who used to run a firm fitting green energy solutions to homes, and another man were involved in an altercation while they were queuing outside the Screwfix store.

It only allows customers to pick up click and collect orders due to coronavirus restrictions.

It is alleged that Mr Webster, who would have turned 52 next month, fell and struck his head on the pavement after being punched.

Another trader at Gateway Trade Park told that he had been told that the two men got into a row, possibly because one of them jumped the queue, and Mr Webster was hit four times.

Police were called to reports of an altercation between two men just after 10am on July 2.

Cheshire police said Mr Webster was seriously injured in an assault, describing it as an “isolated incident” in a bid to reassure the public.

He was taken to Liverpool’s Aintree Hospital in Liverpool for specialist care but died nearly a week later.

Cheshire Constabulary and Screwfix declined to comment on claims the incident occurred during a row over queue jumping.

A spokesperson for Screwfix said: “We want to express our deepest sympathies to Andrew’s family and all those affected. We are assisting the police with their enquiries.

“Due to this being an ongoing investigation, we are unable to comment further.

Police have made multiple appeals for witnesses.

On the day of the alleged attack, Detective Sergeant Candice Sivori said: “I would like to reassure the local community that this appears an isolated incident.

“We have an increased police presence in the area to provide reassurance and I would urge anyone with any concerns to speak to an officer.

“While we have made an arrest we are continuing to appeal for information from the public.

“We’re keen to hear from anyone who witnessed the incident, or anyone with any information which may assist with our investigation.

“The same goes for anyone who was driving in the area at the time of the incident and thinks they may have dashcam footage which may be relevant to the investigation.”

“I’d urge anyone with any information to contact Cheshire Police on 101 quoting IML-744483.”

After Mr Webster died in hospital, a spokesperson for Cheshire Constabulary said: “A man who was seriously injured in an assault in Warrington has sadly died.

“Shortly after 10am on Thursday 2 July police were called to reports of an altercation between two men on Gateway Trade Park, Kerfoot Street, Warrington.

“Officers attended the scene and found a 51-year-old man with serious injuries.

“Andrew Webster from Warrington was taken to hospital but sadly died.

“His family are being supported by specialist officers.

“As part of enquiries into the circumstances a 24-year-old man was arrested and has since been released on bail pending further enquiries.

“Anyone with information can contact the Cheshire Police on 101 quoting IML-744483.”