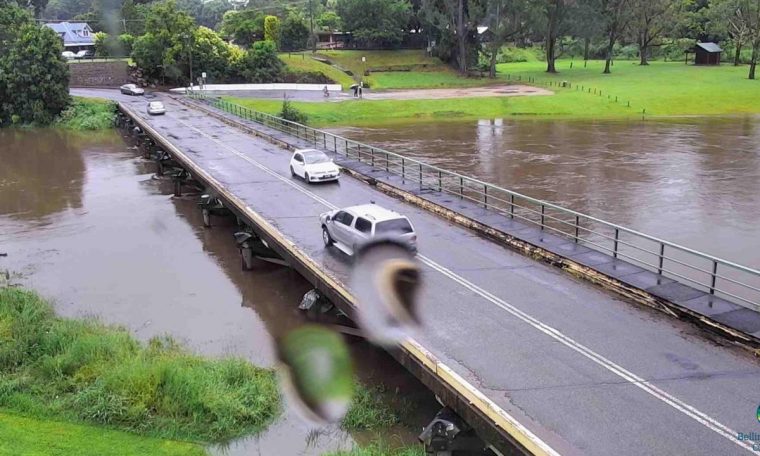 The Koifs coast is sweltering with wet weather and the number of climbers across the region has increased. And this is expected to continue in the next few days.

With a drop of up to 150 millimeters in some parts of the region last night, the rivers have accelerated and left the community community on high alert. Predicted for Monday with another significant decline.

By noon, the Bellinger River had stabilized at 2.46 m on the Bellinger Bridge, and Kalinga had settled at 1.72 m at Kaduvi (Scottman).

In Coffs Harbor, Coffs Creek climbed around 1.81am to 6am, still with the 12pm industrial drive.

Martin Wells, deputy commander of the State Emergency Service, said he had received about 30 calls since last night, mainly to deal with sandstorms and water leaks.

And while the SES had already helped evict the Sawtel residents Due to concerns over Middle Arm Creek, he expected things to improve after the week.

The Bureau of Meteorology has forecast another 200 mm fall on Monday.

Mr Wells said he had requested additional assistance from outside.

“As the ground gets already wet, the extra rains will be all over and we will be expected to have other river type works as well as hurricane and flash flood events.”

With additional SES assistance, 12 NSW fire and rescue Swift-water rescue technicians will be based around the area, in Bellingen, Ur Ranga and Coffs Harbor.

There will also be a dedicated helicopter on call based at Coffs Harbor Airport.

Mr Wales reiterated that people should stay out of the floodwaters, monitor the weather forecast, local media sites and the SES social media page.

There is a sandbag filling point at Brussford Park Coffs Harbor and anyone in need of help should call 132 500.

The Bureau of Meteorology has issued a flood watch for nine catches on the north coast, including the Bellinger, Kalang, Namboca and Ora rivers.

People living or working along rivers and streams should monitor the latest weather forecasts and warnings and be prepared to go to high ground for flood development.