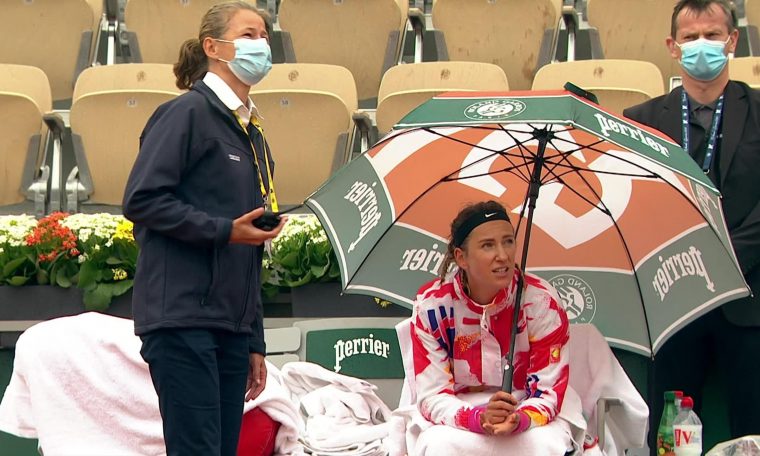 It was a disgusting start to the French Open.

Just 24 minutes into the tournament at Roland Garros and the fall of the French Grand Slam schedule was already proving problematic, with players walking to court in the opening match after complaints about the situation.

“You people are joking,” said Azarenka, who was clearly disappointed. “Light rain made the situation worse by increasing the air and temperature.”

“Don’t you see what’s going on?” What are we doing here? Whatever game I’ve been playing, you know I’m not complaining here, but it’s getting a little ridiculous.

“I am not sitting here because I will be born. This is 8 degrees. I live in Florida, I’m used to hot weather.

“No, it’s ridiculous. It’s so cold. What’s the matter? Sitting here like a duck.”

The players gave Azarenka a 2-1 lead in the first set, but returned within half an hour as conditions improved, giving Azarenka a 6-1 lead.

Attendance at the French Open dropped to 5,000 fans per day