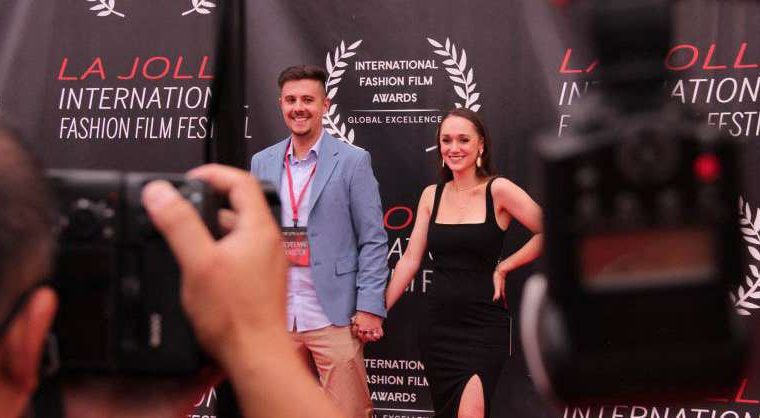 Filmmaker, publicist and composer Guto Galzer and stylist, fashion and social media producer Rafa Keuneke won one of the most important awards at the La Jolla International Fashion Film Festival, an event that is considered the Cannes of Fashion. Along with the documentary “Dare to Dream”, which depicts Rio dancer Ingrid Silva’s preparation for the Empowerment and Development Conference at Harvard Latina, was the winner in the Best Message category, in addition to competing for the youth title of Rio Grande do Sul. Best Edition and Best Documentary.

The Brazilians received the award on July 24 in San Diego, United States, and are preparing to travel to other cities where the documentary is a finalist in two more international events: the first-ever Filmmakers Online session, which will be screened in Hollywood. and Buckinghamshire County, England, 31 August; and Diversidert – Short Film Festival, which takes place on September 3 in La Corua, Spain.

Directed by Gelzer and creatively conceptualized by Rafa, “Dare to Dream” brings together backstage scenes by Ingrid Silva, a black dancer who has fought against racism and inequality in various sectors of society. Lead dancer at the Dance Theater in Harlem in New York, where she has been dancing since 2017, she was the first Brazilian to speak at the Harvard Latina Empowerment and Development Conference (LEAD). In the documentary, Ingrid leads an audience revealing its history and her journey on the stage of one of the world’s most important and prestigious universities. The film can be viewed for free and with Portuguese subtitles. nest link.