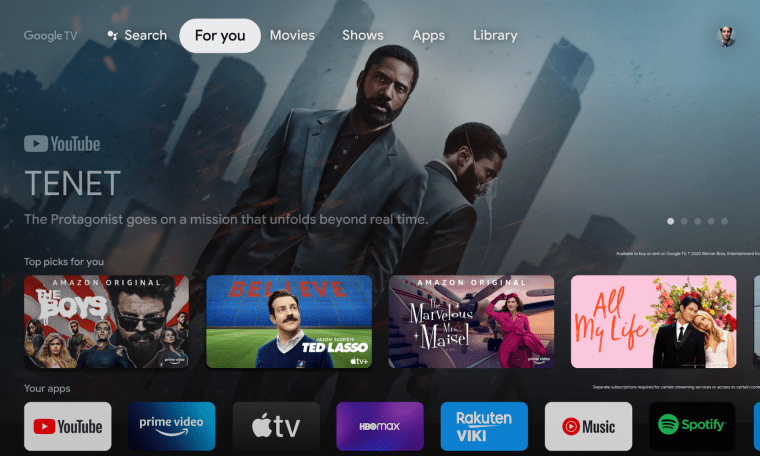 Google TV should eventually land on iOS and expand to Android. This will be the debut of the Multimedia Applications Hub on the iPhone. On Android devices, the service is expected to be rolled out to over 100 countries soon.

Known as the replacement for Play Films e TV, the focus is on bringing together multiple streaming services, music and videos in one place. There’s exclusive content from Google itself, which can be bought or rented, but also from companies like Netflix, HBO, Disney, Spotify, Amazon, and more.

The launch of Google TV was a bit troubling as the release depended not only on the laws of each country, but also on the language and platform, leading to delays in many places. Officially, the service arrived in the United States in 2020, but took about a year to consider in other locations.

In late 2021, Google announced the expansion of the service on Android to 14 new countries in North America and Europe. Only Brazil will be considered in this third wave, although no date has yet been set.

Where does Google TV work?

Check out the full list of countries where Google TV will be available in 2022:

Google promises that all regions that currently have Google Play Movies will get the app renewed in the coming months. The iOS app will also reach the listed regions simultaneously.

The Google TV app received a revamp in early May with a Highlights tab. Its purpose is to facilitate the search for the content of your interest using the recommendation algorithm.

Changes have also been made to the UI to make navigation easier. This change brings with it a news feed with articles and announcements based on your viewing history. From there, the app lists the services that are most popular for you to access more quickly.