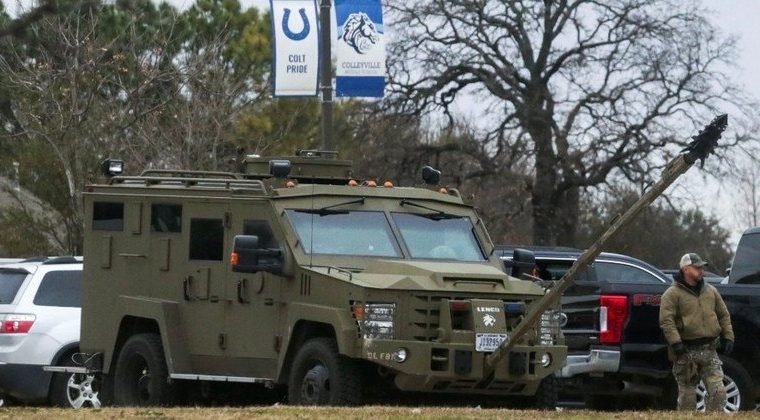 A gunman took a rabbi and some people hostage Saturday morning at a synagogue in Collyville, Texas. According to local media, a local SWAT team was deployed to deal with the situation at around 11:30 am local time (12:30 am GMT).

According to the Fort Worth Star-Telegram, the suspect will be Pakistani Muhammad Siddiqui, and his demand to hand over the hostages is the release of his sister Afiya Siddiqui, who is serving a 86-year sentence in a medical center for terrorism. in Fort Worth.

Another report aired on the ABC television network stated that Afia was transferred to the facility for medical reasons. Last July, the Pakistani government filed a complaint against prison officials after the woman told her lawyers that she was beaten up by her cellmate and kept in solitary confinement.

A graduate of neurosurgery at MIT in the 1990s, Afia was reportedly recruited by al-Qaeda at the time of the September 11, 2001 attacks. He was arrested in Afghanistan in 2008, the same year after pleading guilty to an alleged assassination attempt on a US captain. American during his imprisonment.

Two hours later, officials reported that the situation was “still ongoing”. “We urge you to avoid the area. We will continue to provide updates via social media,” he said.

The Dallas Morning News reported that police were negotiating with Muhammad and it was not clear how many people were inside the building, citing Colville Police Sergeant Dara Nelson, who further said that no one was injured.

A live stream from the church’s Facebook page during an early morning Sabbath service showed a man’s voice speaking out loud, but did not show a view inside the religious center.

In the video, a man is heard saying, “Put my sister on the phone” and “I’m going to die.” He also said, “There is something wrong with the United States.”