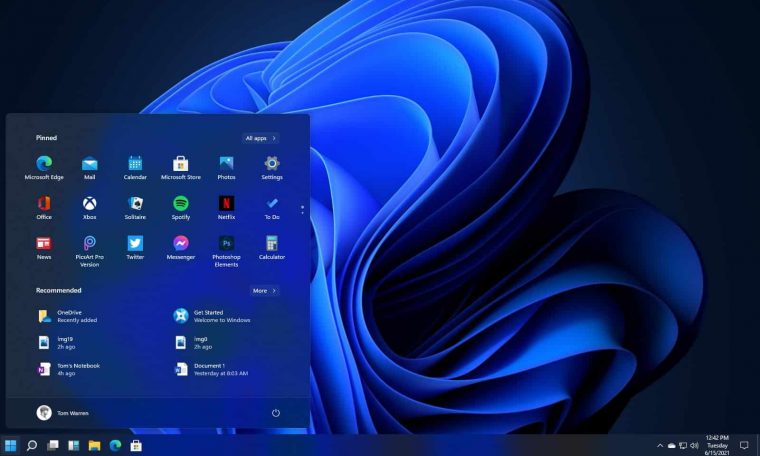 Want to download Windows 11? We have prepared an installation guide and provided some important caveats before proceeding with the process.

An unofficial version for Recent download windows 11 Leaked on the Internet and Many Users Are Already Testing the “New” Operating System Microsoft, who had already scheduled a presentation to comment more on the upcoming OS. With this many people may think of downloading Windows 11, and that is exactly what we will explain in this guide.

However, before proceeding further, it is very important that we note that the leaked version of Windows 11 has not been officially released by Microsoft. As it is clear, this has extremely important implications for those who will venture to download the system.

In the opinion of the person writing you: No. At least not now if you’re an average user, which means you don’t do any kind of analysis on operating systems, benchmarks or any kind of content creation for a practical purpose. That’s because the leaked version of Windows 11 doesn’t offer any security guarantees for you or your machine, splitting the two problems into possible changes.

The first problem concerns crashes and bugs that will eventually happen. The current build of the system has not been finalized and is being developed by Microsoft Teams, which means the OS is susceptible to crashes and potentially serious damage to your computer. By the way, if it does then there won’t be any official technical support to help you, after all we are talking about something that was not officially released.

The second problem is not only about the integrity of your machine but also about you and your data in particular. Since it is not the official version, the Windows 11 ISO was leaked and as a result thousands of people started hosting the system on private websites and providers. The big problem is that many malicious websites are advertising that they have ISOs for download, when in fact the user finds himself downloading a fake file. At best it will be a silly virus, but if you’re unlucky you can download a ramsomware, which is a swamp of viruses, that hijacks all the information on your machine, like banking, intimate data, conversations, etc. Takes “rescue”.

There are only a few scenarios of what could happen in the end, but it is also likely that your experience will not pass by any adversity. Hence, downloading Windows 11 before launch is a process in which you should be solely responsible for any side effects. Not to mention that other leaks indicate that The transition from Windows 7, 8.1 and 10 to Windows 11 is completely free.

IMPORTANT: Since this is not an officially released content by Microsoft, there is a risk that these links will stop working without notice. In this case, you will have to look for other sources with the Windows 11 installation file.

After downloading Windows 11, you must have a pen drive with at least 8GB of space. It is important to note that the storage device must be completely zeroed, with no personal files inserted.

After that, you have to download Yumi, a software that will optimize your pen drive to receive Windows 11. After downloading open the application, accept the terms and follow the below steps:

The next step is to connect the pen drive to your computer, turn off the machine and power it back on. Now it’s important to be quick, because we need to enter your computer’s BIOS, which is a kind of command center to define certain aspects of PC startup. In this panel we need to define computer to start from pen drive with windows 11 and not from its traditional HD with any other operating system.

See also  NASA's Osiris-Rex to land on planet Benu: What will happen here

The big problem is that the BIOS doesn’t follow a single standard and depends on the motherboard each manufacturer uses. For example, my motherboard is from ASUS and when I turn on the computer I press the key of or F2 To enter my BIOS again and again. Other brands use different keys and have different interfaces and shortcuts. That’s why you need to research how to access your BIOS specifically.

Once in just look for something like “Advanced Mode” or Advanced Settings and look for the “Boot” section. In my case there is a “boost priority” option from the start, which lets me simply drag the rectangles from the storage units to the desired boost position. If your BIOS doesn’t look like this, go to the Boost section and look for “Boost option preferences”. There, put your pen drive first and your HD second. save Changes and exit.

After the computer starts, the Windows logo should appear with a loading sign and a window like the one below will appear. At the moment our language is not available, but it is possible to change our localization and time format in “Time and currency format” and keyboard default in “Keyboard or input method” for ABNT2. After that just click “Next” and “Install Now”.

An activation window will appear and click on the option “I do not have a product key”.

Then it’s time to choose which version of Windows 11 to download. We usually recommend “Home”, as it is the simplest and most intuitive and generally works best for all types of users, but in this specific case the “Pro” version is more for most has been successful.

After selecting the version, accept Microsoft’s subscription terms and continue.

Then select the “Custom” option on the subsequent screen. By selecting this option Windows 11 will install and remove all the files from the machine. Therefore, it is recommended to install on a storage unit other than the main unit.

The “Upgrade” option, in theory, installs Windows 11 and keeps all your files, but since it’s not the official version, this option is offering more instability than the other.

In the next window, the user has to choose which HD or SSD operating system will be installed and after that, click “Next”.

After this step Windows 11 will start to install and the process should take a few minutes and the computer is likely to restart automatically.

After installation, a screen will pop up asking about the region where the user is located. Simply select “Brazil” and press “Yes”. Then in the next window go down the list and select the keyboard option “Portuguese (Brazil ABNT2) and click “Yes” and then “Quit”. Then Windows 11 will start looking for updates and will take the user to another window.

On the next screen click on the first option: “Set up for personal use”, which will focus the OS on ensuring a more solid experience for a single user.

The next step is related to your Microsoft account and while some people log in normally, we want you to be offline initially. However, as of this writing, no cases have been found with people’s accounts banned or penalized of any kind. Proceed at your own risk if you wish.

To go offline simply click on “Sign-in options”, then on “Offline accounts”, and finally on “Limited experiences” in the next window.

Now all you have to do is enter your Windows 11 name and then a password to enter the operating system every time you turn on your PC. On the third tab you can enter a security answer to protect your computer. “What was your first pet’s name?” Like select only 3 questions. and put the answer.

After that, in the next window, uncheck Windows 11 Privacy Options and proceed.

finally windows 11 Will start adjusting some parameters automatically and after a few minutes you will be faced with the new Microsoft desktop.