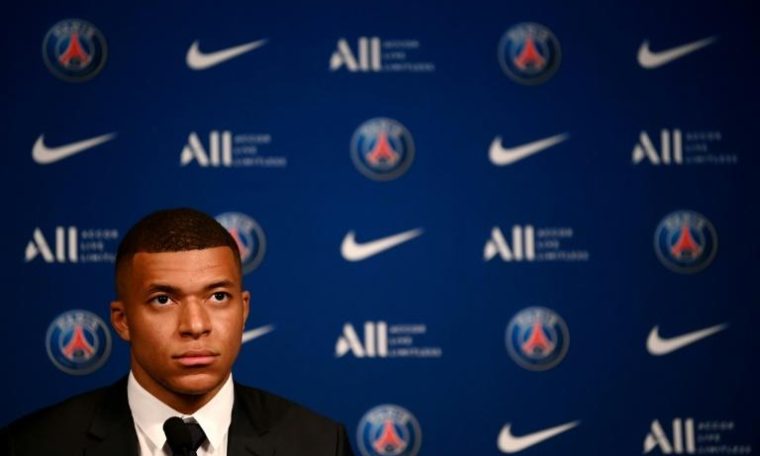 Despite Real Madrid’s offer to renew with Paris Saint-Germain, striker Kylian Mbappe “sayed yes to France and a new project”, as the player himself said at a press conference on Monday.

Q: To what extent do you want to influence the club’s signings?

Answer: “You have to know how to trust people. You don’t start a project well when the main player pressures the game director to sign etc. Everyone has their place. I won’t influence anything and any signings or sales. I’m not good at that, I’m good on the field, that’s what I want to focus on because there’s a lot of work.

Q: Have you spoken with your teammate Karim Benzema following your decision to want to play with you at Real Madrid?

A: All Real Madrid players posted this… not just him. You don’t have to be a college student to know this comes across as a bit much (laughs)”.

Q: Are you guaranteed the stay of coach Mauricio Pochettino?

A: “The only guarantee I have is that he has a contract until 2023. For now, he should continue as coach. I have a very good relationship with him. It’s up to the club to decide.”

Q: How did you get the criticism from Real Madrid?

A: “I didn’t have an agreement with anyone. It always worked like that. It’s talking to a club, drawing up a contract and then I choose. It’s happened that I’ve been through the last days of the window. I sign, pick and then contract, but then you get under pressure because time is running out (when he signed with PSG in 2017). I can understand the frustration. I got one of my own. Thanks for accepting as in. I said no to Real Madrid, I said yes to France and a new PSG project. It was a call from the homeland and the capital … it was a bit early to leave that way, free However, I left the front door for my income. A player has to perform well on and off the field.”

Q: Do you feel like an ambassador for the French League and France?

A: “Ambassador? Yes, I’m an ambassador! They have to pay me! (laughs) It’s clear that our league and our football have been discredited for not defending it for their core players. Today, when we see the national team, players playing in big clubs, we have nothing to be ashamed of. We don’t need to think that we are better than ourselves, but France has an important place in football. It’s important to always remember and be proud.”

Q: “Can you win the Ballon d’Or more easily in Paris than in Madrid?

A: “Madrid has a history. You can’t compare Madrid and Paris. Real Madrid is a much older club than PSG, which is a young club. The Ballon d’Or rules have changed. It’s the same as before No, you a lot depends on your team, your league, your club. Nowadays, Ballon d’Or is the best player in the world. It doesn’t matter where you play, if you are the best, you There will be gold balls”.

See also  FIFA is studying the punishment of clubs that did not release athletes. There is a way - 09/04/2021

Q: Is there any difference in your new contract in the two years, especially what happened last year?

A: “Of course we do. Parameters to take into account, there are antecedents. You can’t make a contract too short, it will make everyone laugh. Anyway, that’s fine. It’s not too long, not even that.” In short, it’s time to commit. Then in three years’ time, I don’t know what could happen, but now I’m committed to this new project, to a new era, and I’m confident I’ve made a difference. Well made choice.”