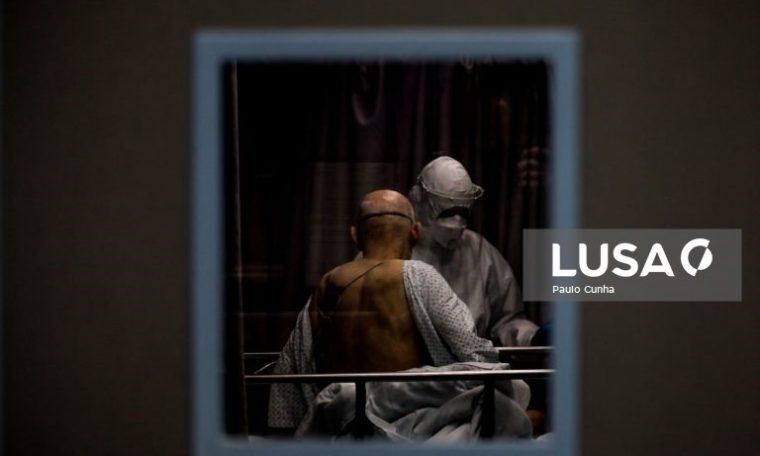 With 186,000 infections in the last 24 hours, India reported fewer than 200,000 cases of Kovid-19 for the second time this week, the lowest since April 14, according to data from the Indian Ministry of Health. In the last 24 hours, the country has recorded 3,660 more deaths, which is two hundred less than a day earlier.

According to data from the American University of Johns Hopkins, the total number of deaths has now risen to 318,895, making India the third country in the world after the United States and Brazil to have the highest number of deaths from Kovid-19.

With more than 27.5 million infections accumulating, India is the second most worldwide country after the United States.

The country, reeling from a second wave with unprecedented effects on the health system, has been reducing the number of new cases in recent times, after more than 400 thousand daily contagions, earlier this month.

According to the Indian Ministry of Health, the total number of active cases is also falling, which currently stands at around 2.3 million.

The rate of positivity in clinical trials for new coronaviruses dropped to 10.9% when it was 20.6% a month earlier, a decrease that is not enough to end the second wave of epidemics in the country.

The World Health Organization (WHO) believes that when a country’s positivity rate is less than 5%, the epidemic is under control.

Tamil Nadu is one of the states that has not yet managed to slow the progression of the disease, with 33,361 cases on the last day, apart from 474 deaths.

The western state of Maharashtra, which is most affected by the second wave of the epidemic, has reduced the number of cases from 70,000 to 21,200 in the last 24 hours in the middle of April, but continues to record close to 1,000 daily deaths.

The capital, New Delhi, continues to show signs of recovery, with 1,072 infections in the last 24 hours, away from 26,000 daily cases at the end of April, causing queues at hospitals and a lack of oxygen.

The capital counted 117 deaths on the last day, while around 400 deaths occurred in early May, leading to saturation of the crematorium.

The severe health crisis delayed the vaccination campaign, with many states criticizing limitations on vaccine supply.

According to data updated daily by the Indian Ministry of Health, the total number of doses administered is approximately 205.7 million, which is less than the declared target of immunizing 300 million people as of July.

According to a report by the French agency AFP, the Kovid-19 epidemic caused at least 3,500,321 deaths worldwide, resulting in more than 168.3 million cases of infection.