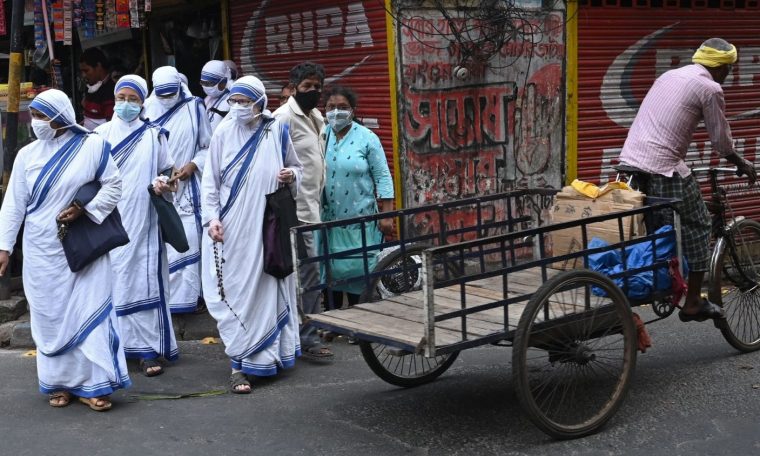 The news of the blockade was given on Christmas. The Indian government announced that it had reversed its decision. But the crackdown against aid and reception structures run by the Missionaries of Charity continues: two centers for orphans closed.

The issue of blocking funds from abroad for the Missionaries of Charity founded by Mother Teresa of Calcutta and operating as a recognized charity in India has been resolved: Narendra Modi’s government has actually decided to renew the authorization to operate Has decided. On the economic and financial level, as reported by the Eni news agency, “the necessary documents have been submitted”. Indian authorities had announced a blockade on Christmas.

An orphanage of Missionaries of Charity closed

However, this good news is accompanied by two other news stories that reflect the tension in the country with respect to the Christian minority, who are often accused of proselytizing and forced conversions by Hindu extremists, but who instead engage with acts of philanthropy. Work for the betterment of the society. Without any discrimination or caste distinction. The first concerns the eviction of an orphanage run by Mother Teresa’s nuns in Kanpur in the northern state of Uttar Pradesh, settled by Indian state authorities. The state concession of land on which the children’s home is located was not renewed for nuns, which expired in 2019. Officials managing the state’s property asked the nuns to pay a fine for using the structure in the past two years. after the lease expires. This request, which is financially difficult to fulfill, forced the nuns to drop the case against the state’s decision and hand over the facility to the state on January 3.

AsianNews, reporting on the news published by the Indian Catholic Forum, said that in the last 53 years, the Center has adopted and adopted 1,500 children as per law. Besides orphans, the center also offered help to thousands of poor people, such as lepers, abandoned mothers and children of migrants. Lucknow’s Bishop MGR Gerald Mathias commented on the news to AsianNews: “They are attacking Christians because they are a peace loving community. We can only hope that common sense prevails and the situation improves. ,

Effect of a smear campaign

However, it was not just the Missionaries of Charity Center in Kanpur that was affected. On January 6, the police also raided the San Francisco Institute in Uttar Pradesh with 44 children. This time, the move was prompted by a smear campaign by Hindu extremists, who claimed that beef was being served and forced conversions were taking place at the centre. However, the local Supreme Court appears to have blocked the measure and the situation is expected to evolve. What is worrying is the future of the children still sheltered in the institution, who risk being forced to move to other places to seek emergency hospitality in the cold of winter and in times of pandemic.