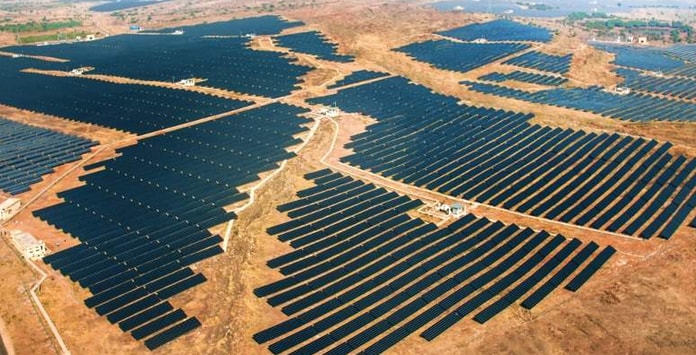 India will have the world’s largest photovoltaic park, in an area the size of Singapore. With a total area of ​​72,000 hectares, this massive project is located in the Kutch region of Gujarat, and is not yet finished.

When it is fully completed and 100% operational, it will have a 30 GW power generation capacity using wind turbines and photovoltaic panels.

When it turns on, it will make it possible to reduce carbon dioxide emissions by 50 million tons per year!

The announcement was made by Indian Prime Minister Narendra Modi during the official inauguration of the park. “The hybrid renewable energy park will be the largest in the world and will generate 30,000 MW of energy“, said.

The number that makes it the largest solar park in the world, thus surpasses the current Parr Solar Bhadla (Also Indian), but it only produces 2,245GW of power!

The Bhadla Solar Park has stood out in the solar energy sector in recent years because it has many record prices for electricity auctions, and was developed by several companies in public-private partnerships.

The other details of Bhadla Solar Park are from Government of India investment. Their capacity was invested in a partnership between IL&FS to develop 745 MW capacity. The Rajasthan government has invested in capacity development of 1GW and another joint venture between Adani Enterprises and another 500MW between Rajastan government!

See also  How are New Zealand, Australia and Korea doing well in the epidemic