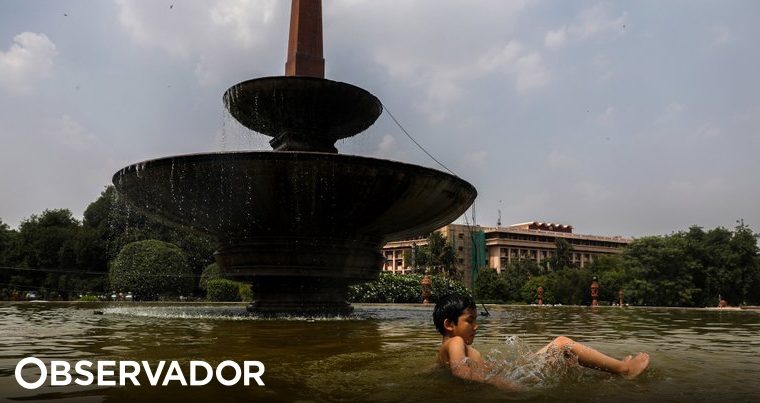 According to scientists, due to the intensifying heat wave due to climate change, India reached very high temperature this Friday.

During the day, the temperature reached 40 degree Celsius in the states of Rajasthan, Haryana and New Delhi for the fourth consecutive dayThe northern region of the country is also facing severe heat wave conditions.

The mercury reached 43.1 degrees in New Delhi on Thursday, the hottest day since 2012 The temperature reached 41 degree centigrade on this Friday.

Average temperatures for this time of year are seven degrees above normal and weather services describe the situation as a wave of “severe extreme heat”.

According to the forecast, the weather will remain above 40 degrees next week due to a delay in the monsoon season (intense tropical rain), accompanied by a “loo”, characterized by hot dry air over northern India and Pakistan.

The heat wave caused an increase in power consumption, with air conditioning and fans running at full capacity. Among the growing number of residents who own them.

Currently, only 5% of homes in India are equipped with air conditioning systems, as compared to 90% in the US and 60% in China.

The country of 1.3 billion people is also facing severe water scarcity, with millions of people running without water.