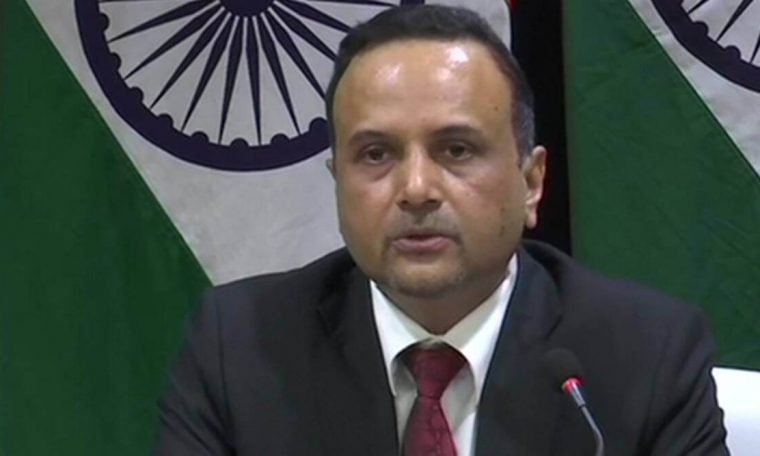 The United Nations Security Council met for the second time to discuss it hours ago. Status in myanmarIndia said on Friday that it was discussing the situation with partner countries and that the country’s problems should be resolved peacefully.

New Delhi has once again shied away from criticism from the Myanmar military, given Beijing’s growing influence on maintaining peace and security along the border between India and Myanmar, and how much is at stake.

India’s statements so far have been based on pragmatism, as confusion has seized the neighbor.

On Friday, the official spokesman of the Ministry of External Affairs, Anurag Shrivastava said: “We are closely monitoring the situation in Myanmar. We are discussing this issue with our partner countries and we have said that this issue should be resolved peacefully. ‘

This is in line with the Embassy of India tweet on 28 February, stating that “the Embassy of India is deeply saddened to lose life in Myanmar’s Yangon and other cities today”. It was the day that, according to the United Nations, at least 18 people were killed during protests and security forces opened fire on the crowd.

“We express our deepest condolences to the families and loved ones of the deceased. We urge everyone to exercise restraint and resolve issues through peaceful dialogue.

New Delhi feels that instead of condemning the military leadership in Myanmar, it should work together with fellow nations to rely on the military to resolve their differences peacefully and constructively.

After being informed by United Nations Special Envoy to the UN Security Council Christine Schreiner Bergner, India said it was “deeply concerned that the progress Myanmar has made in recent decades on the path to democracy is not a hindrance” .

“Restoring democratic order should be a priority for all stakeholders in Myanmar,” said TS Tirumurthy, India’s permanent representative to the United Nations in New York.

Officials say that because India shares a land and sea border with Myanmar, it has a direct interest in maintaining peace and stability in the country. And it sometimes needs the support of the Myanmar military to deal with insurgent groups seeking refuge in Myanmar. Leaders of these groups have also taken refuge in China, and with Beijing’s proximity to Yangon, the Delhi government is aware of the challenges.

In fact, this is why Delhi became involved with Myanmar through civil and military channels. In November last year, Foreign Secretary Harshvardhan Shringla and Army Chief General MM Narwana visited Myanmar and met with all the leaders, including senior military officials and now detained civilian leader Aung San Suu Kyi.

India’s assertiveness on democracy has also been finely tuned. “As the largest democracy, we have always stood firm in our support for the process of democratic change in Myanmar to emerge as a stable democratic federal union. An important area of ​​our focus has been training for political leaders and elected representatives, including the areas of constitution and federalism. We believe that the rule of law and the democratic process should be respected, the detainees should be released and it remains calm, ”said the Indian envoy to the United Nations on 26 February.

Stating that India is a close friend and neighbor of Myanmar and its people, the Indian envoy said that he would closely monitor the situation and discuss it with like-minded countries to honor the hopes and aspirations of the people.

READ  DW Brasil has more than 20 thousand new cases of Kovid-19 in Brazil. News and analysis from Brazil and the world | DW

“The international community should provide constructive support to the people of Myanmar at this critical time,” Tirumurthy said.

In fact, Indonesia’s Foreign Minister Retno Marsudi, who met with Myanmar’s new foreign minister, spoke to Foreign Minister S Jaishankar and told him that he had “good exchanges of interest” between Indonesia and India, Protect the country of those who can help Myanmar. Democratic change. “

And as the situation along the Indo-Myanmar border worsened with insurgency in the Northeast region, he had to change his strategy and at the same time began to deal with the army. And soon thereafter, New Delhi and Myanmar began a coordinated joint operation against the rebels in the mid-1990s.

Over the last three decades, although India has collaborated with Myanmar’s military government, it has also pushed it along the path of democratic transition. In fact, he advised many Western countries not to ban military rule. According to officials, this prompted the Myanmar army to reach out to the Chinese leaders.

Over the years, India has used “development cooperation” strategies and projects to deal with the military government.

So far, the Indian government says that about $ 1.7 billion has been spent on development partnerships, including connectivity and infrastructure projects, such as the $ 400 million multimodal Kaladan Transport Transport Project that connects the port from Calcutta to the port of Sitway in Myanmar. is . Another important connectivity project is the trilateral Indo-Myanmar-Thailand highway, costing approximately US $ 250 million, to be extended to Vietnam.

Officials said India’s cautious approach has worked well in the past and is advising Western countries to do the same.

Officials said that Beijing’s growing political, military and economic footprint in Myanmar can only be dealt with if New Delhi and partner countries will not tear apart the new Pai Taw regime and work with them instead.