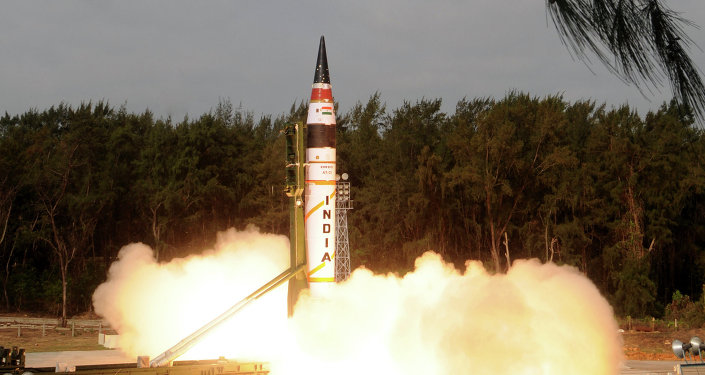 On Wednesday (27), the Strategic Forces Command of the Indian Army successfully test-fired the long-range Agni-5 missile, which is capable of reaching all countries in Asia and parts of Africa and Europe.

Ministry of Defence, foreshadowed by Hindustan Times, said the missile launch was in line with India’s policies of “minimum concrete deterrence”, reaffirming its commitment to “not use” nuclear weapons.

This is India. A local resident conducts successful test-fire of Agni-5 by DRDO in Odisha. listen to the audio. Agni-5 can hit targets up to 5,000 km away. The test was conducted from APJ Abdul Kalam Island in Odisha.

This is India. A local resident captured the successful test-fire of Agni-5 by DRDO in Odisha. listen to the audio. Agni-5 can hit targets above 5,000 km. The test was conducted at APJ Abdul Kalam Island in Odisha.

“The missile, which uses a three-stage solid fuel engine, is capable of hitting targets exceeding 5,000 km with high accuracy,” the statement said.

With the success of the missile test, which can carry a payload of 1.5 tonnes, India became the eighth country after the US, UK, Russia, China, France, Israel and Korea to have an intercontinental ballistic missile.