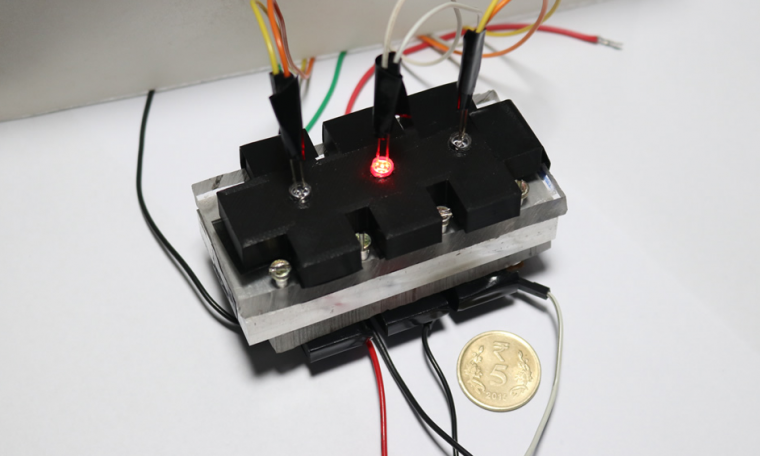 India’s Indian Space Research Organization (ISRO) is exploring solutions to achieve its space program goals. One of them was developed by researchers at the Indian Institute of Science (IISc) in partnership with ISRO, who created a modular device for cultivating microorganisms in separate compartments that would allow scientists to conduct biological experiments in space. could. The device was tested in a study led by Alok Kumar, Associate Professor in the Department of Mechanical Engineering at IISc.

For the study, researchers used device to activate and monitor bacterial growth sporosarcina pasteuri In a few days, with minimal human involvement. To do this, the device uses a combination of LED and photodiode sensors to monitor bacterial growth using light scattering, in the same way that spectrometers in the laboratory do. The device also has compartments where there are chambers for bacteria and a nutrient medium for growth, which can be activated remotely.

The frame consists of three compartments in a single cartridge, which consumes less than 1W of power. The researchers estimate that a payload would take four cartridges to launch a spacecraft, with a total of 12 independent experiments. Understanding how such microorganisms behave in extreme environments could provide important insights for future manned missions, such as Gaganyaan, which India hopes to launch next year.

It is not easy to build platforms for such experiments that combine multiple analyzes into a unified framework, as there are many challenges when it comes to carrying them into space. “It would have to be completely independent,” says Kaushik Viswanathan, assistant professor and one of the study’s authors. “You can’t expect similar operating conditions in a typical lab setup, and you can’t have something consuming 500W, for example.”

During the study, the team also had to ensure that the device was leak proof and not affected by the change in orientation. “It is an unconventional environment for bacteria to grow; It is completely sealed and its quantity is very less,” explained Kumar. “We had to see if we could get consistent growth results even in this small amount, and turning the LED on and off wouldn’t generate as much heat, which could change the growth characteristics of the bacteria,” he said. The researchers confirmed that the microorganisms grew and multiplied as they would under laboratory conditions.

With the results, Viswanathan is already thinking of the next steps for the device. “Now that we know this proof-of-concept works, we have already started work on the next step: creating a flight model,” he said. This design will optimize the physical space the device will occupy, as well as improve performance under stressful conditions such as vibration and acceleration. According to the team, the device could also be adapted for the study of more complex microorganisms and used for non-biological experiments.

The article with the results of the study was published in Acta Astronautica Magazine.