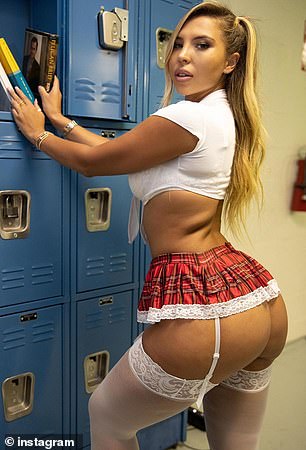 The Vatican is seeking answers from Instagram following an embarrassing social media crash in which the pope’s account “liked” a racist photo of a bikini model.

Eagle’s eye users saw the portal ‘Like’ below a photo of Natalia Gariboto with a caption revealing a schoolgirl saying ‘I can teach you one or two things’.

The episode has garnered ilaline popularity but the Vatican says it is seeking clarification from Facebook’s proprietary platform, as well as an investigation into the Holy See. 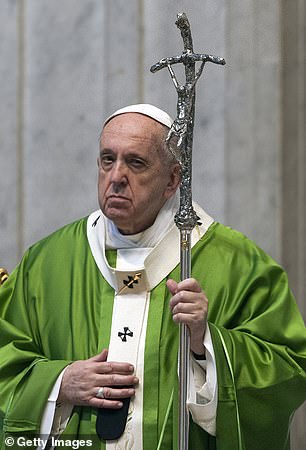 The official Instagram account of Pope Francis (right) “liked” a racial photo of Brazilian model Natalia Gariboto (left), 27, which showed her in a schoolgirl’s uniform.

Garibotto joked on Twitter after learning what had happened: ‘At least I’m going to heaven. ‘

He added a light-hearted headline to his website: ‘If Pope Francis wanted a site, you should too.’

See also  Coronavirus: France to be added to Uk quarantine nations around the world

The model’s management company, Koi Ko, also took advantage of the apparent mistake by announcing that Gariboto had “received the official blessings of the Pope.”

The legend has it, Pope Francis’s subscription [her website] Under a nickname, ‘he joked.

Vatican sources told the Catholic News Agency that an investigation was under way to determine what happened.

The photo was originally posted on Garibo’s account in early October, but it was not immediately clear when Pontiff’s ‘likes’ came.

The pope’s explicit approval was again revoked on November 14 after the Vatican became aware of the mistake.

In the picture, Miss Garibotto wore a short tartan skirt while packing books in a locker and received more than 160,000 likes in the wrong direction.

The 27-year-old Brazilian has about 2.5 million followers on his website and also on Amazon-owned streaming website Twitch.