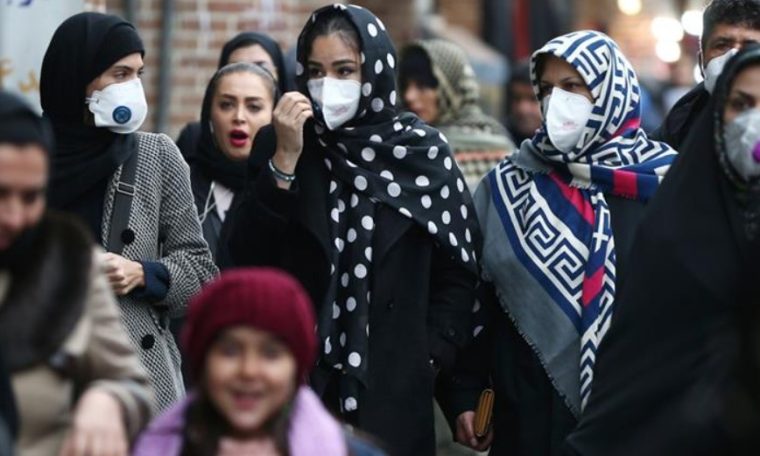 As published by the WSJ, last week, The most important resource Tehran can share with Moscow is expertise in evading Western sanctions. Iran’s clerical regime reportedly is talking with the Kremlin about working together to get around the restrictions they both face. If the U.S. and its allies want to limit this sort of cooperation, they should learn from the mistakes they made while employing sanctions to prevent Iran from acquiring nuclear weapons.

Iran’s sanctions-evasion techniques are sophisticated and sweeping. The Journal reported last month that Tehran has developed a “clandestine banking and finance system to handle tens of billions of dollars in annual trade banned under U.S.-led sanctions.”

Tehran could teach Moscow how to replicate this illicit financial architecture, or the clerical regime could serve as the Kremlin’s broker, taking a cut of the covert trade it facilitates on Russia’s behalf. The combination of Russian and Iranian expertise in illicit financial activities could produce the world’s most sophisticated and expansive sanctions-evasion network. If Western sanctions lose their bite, the pressure on Moscow to end its invasion of Ukraine and other threats would diminish.

The first lesson in dealing with Iran is that the government’s key financial institutions, such as the Central Bank of Iran (CBI), play a leading role in managing illicit activities, including the transfer of funds to Hamas, Hezbollah and other terrorist organizations. While serving as secretary of state, Condoleezza Rice labeled Iran “the central banker of terrorism.”

As part of the nuclear negotiations taking place in Vienna, the Biden administration likely will agree to lift sanctions on the CBI and other terrorist-supporting entities if Tehran accepts some temporary limits on its nuclear program. If the U.S. agrees to those terms, that will contradict Secretary of State Antony Blinken’s commitment to Congress to maintain terrorism sanctions on Iran and undercut its efforts to hold Russia accountable in Ukraine.

See also  Cows are trained to urinate on 'carpets' in a study to reduce polluting gases. agribusiness

The CBI already received one get-out-of-jail-free card as part of the 2015 nuclear deal with Iran. Its illicit activities continued, yet the Obama administration didn’t hold it accountable, lest Tehran withdraw from the nuclear pact. But in September 2019, the Trump administration named the Central Bank of Iran a Specially Designated Global Terrorist under Executive Order 13224 for providing “billions of dollars to the Islamic Revolutionary Guards Corps . . . its Qods Force . . . and its terrorist proxy, Hizballah.”

If the Biden administration wants to lift sanctions on the CBI, it should first prove that the bank has stopped funding terrorists and managing Iran’s sanctions-evasion efforts.

A second lesson for dealing with Iran is that the CBI’s terror funding wasn’t self-contained; it infected the country’s entire financial system. In 2007 the Treasury Department’s Financial Crimes Enforcement Network, known as FinCEN, warned U.S. banks about the Iranian financial system’s links to terrorist activity and proliferation. In November 2011, FinCEN moved to designate Iran a jurisdiction of primary money-laundering concern under Section 311 of the USA Patriot Act. In effect, FinCEN was warning that the threat of illicit finance had permeated Iran’s entire economy, so foreign banks doing business in the country should take precautions. The advice wasn’t binding, but major international banks followed it.

While the 2015 nuclear deal remained in effect, the Obama administration hesitated to finalize FinCEN’s Section 311 designation, which would have made it binding. The nuclear deal’s unintended effect was to protect Iran’s illicit financial networks, lest a push for accountability lead Tehran to withdraw.

In 2019, more than a year after the Trump administration withdrew from the nuclear deal, FinCEN issued a new evidentiary finding and a final rule that declared Iran a jurisdiction of primary money-laundering concern and imposed binding restrictions on U.S. banks.

A third lesson from dealing with Iran is that the U.S. should address Russian (or Russian-Iranian) illicit financial practices through the Financial Action Task Force. FATF is a 39-member intergovernmental body that establishes international financial standards. FATF cited Iran as a threat to the global financial system in 2007, noting its lack of “anti-money laundering/combatting the financing of terrorism” mechanisms.

In 2008 the group recommended that its members conduct enhanced due diligence when dealing with Iranian financial institutions, thus placing Iran on its “gray list.” Iran failed to shore up its weaknesses, and the following year FATF moved the country to its “black list.” If a jurisdiction is on the black list, other jurisdictions are required to implement due-diligence measures to protect their banks against the risk to the international financial system presented by the blacklisted jurisdiction.

The 2015 nuclear deal granted Tehran another reprieve. The Obama administration lent its support to an arrangement that would suspend FATF countermeasures against Iran for two years, during which Tehran would bring itself into compliance with FATF standards. Iran never made a good-faith effort to address money-laundering and terror-finance concerns, yet it took until 2020 for FATF members to agree to reimpose countermeasures. The lesson for Washington is that it should never grant leniency based on hope that rogue states will mend their ways.

Rather than learning from the past, the Biden administration is determined to repeat it. While declaring its intent to make Russia a pariah, the administration reportedly is also relying on Moscow to cajole Tehran into concluding a revised nuclear deal. Russia would be made the guarantor of the deal, responsible for taking Iran’s stockpile of enriched uranium that it needs to produce a nuclear bomb. For Iran, the terms of the proposed deal are more favorable than the original one. Now there’s the added risk of Washington’s throwing Moscow a financial lifeline to ensure the deal keeps moving forward.

Given the administration’s stance, it is up to Congress to intervene legislatively to protect the U.S. and international financial systems. New legislation could require the president to certify annually that the CBI or other Iranian financial institutions aren’t involved in illicit and deceptive financial practices, including terrorism financing or facilitating Russian efforts to evade Western sanctions—and mandate sanctions if they are.

While the 2015 nuclear deal was in effect, Washington hesitated to confront Tehran about its provocations, from funding terrorism to attacking American troops and allies, to obstructing the work of nuclear inspectors. Now Vladimir Putin and Ali Khamenei are waiting to see whether a revised nuclear deal will give them a license to facilitate Russian sanctions evasion and Iranian terror financing.”