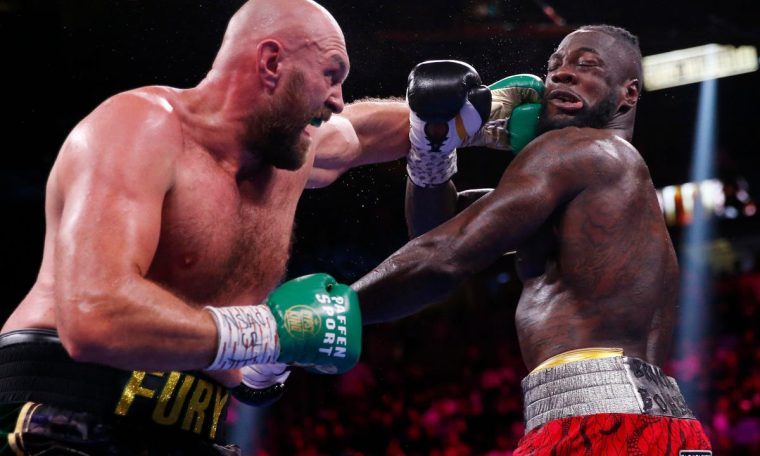 2015 was a turbulent year for Tyson Fury. The Brit dethroned heavyweight champion Wladimir Klitschko, but was stripped of the belt ten days later after failing to agree to a rematch. Six years on, Fury’s at the top of his game and recognized as the #1 heavyweight boxer in the world.

I am the greatest, the gypsy warrior, uneducated but loaded,
Come & try!!!!! pic.twitter.com/QJJxCy7suI

There’s another conversation, too: is he one of the Greatest Of All Time? The GOATs are among the best to have ever lived, including Muhammad Ali, Sugar Ray Robinson and Mike Tyson. Whether or not you like the man, his resume speaks for itself.

People have previously called Fury’s personality ‘divisive’ and used this to attack him. Now, it’s viewed as a significant weapon in his armory, which is reflected in the BBC sports personality of the year 2021 odds. Also known as Spoty 2021, this is a UK competition where the public vote for their favorite sports star, and Fury’s odds are +4000. This sounds big, but Anthony Joshua – Fury’s compatriot – has odds at +15000.

Part of this is likely down to Fury’s ability to promote fights and engage with the public. Unlike Joshua, his character shines through and encourages viewers to tune in to watch him take on opponent after opponent. And it works; Fury vs Wilder 2 reported 800,000 and 850,000 pay-per-view buys in the US, which is an approximate increase of 500,000 from the first fight.

Microphone skills aren’t everything. However, their importance is being recognized due to the commercial value they have. If you’re wondering how powerful they are, just analyze Conor McGregor’s career.

It’s all about a boxer’s resume, and Tyson Fury has one of the best records in the sport’s history. Firstly, he’s undefeated in 32 fights, 31 of which he won convincingly. The only blot is a draw with Deontay Wilder in their first meeting, which most fans and pundits believe Fury won anyway.

Secondly, there is the trilogy that most legendary boxers can point to, from Ali and Frazier and Sugar Ray Leonard and Roberto Duran to Jake LaMotta versus Sugar Ray Robinson. Although they aren’t mandatory (Floyd Mayweather hasn’t fought in a trilogy contest), they do grab the public’s attention as they remain in the annals of history forever.

Lastly, Fury has beaten everyone away from home, including Wilder and Klitschko. It’s therefore not shocking that the bookmakers believe he’ll dismantle Anthony Joshua as the -300 favorite, and add another notch to his belt.

The heavyweight division will always be the number one division in the sport. When two people can knock each other out with a single blow, it makes for compelling viewing. Sadly, after Lennox Lewis and Evander Holyfield retired, it became dormant and lacked excitement.

Fury essentially lifted the division on his shoulders after beating Klitschko and created the anticipation that exists today. Without his swashbuckling style or motor mouth, Joshua or Wilder wouldn’t command the same hype. Yes, they’d still be champions, but the experience would be less dramatic.

The fact Fury has fought dangerous fighters is something that doesn’t happen nowadays. Will Joshua and Wilder ever face off in a ring? Not likely. Regardless, the fans will demand it because Fury has increased their expectations by not backing out of fights. Not many boxers can boast this achievement, barring Muhammad Ali.

Tyson Fury is undoubtedly one of the greatest of all time. But whether he’s the GOAT is down to you.