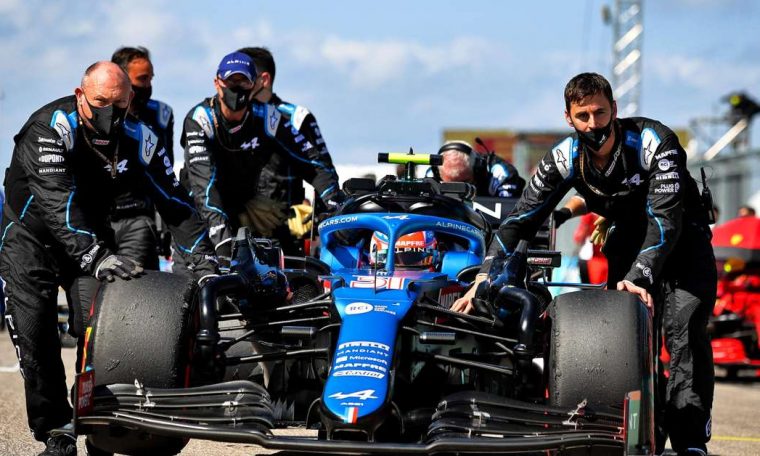 Alpine reached the scoring zone in the United States with a streak of 15 races. The last time none of his cars were in the top 10 was in the first race of the season in Bahrain, when Esteban Ocon was 13th and Fernando Alonso did not score. The good phase, however, was interrupted at the US Grand Prix.

Ocon started in 11th place and was one of the top 10 contenders, but his race was compromised on the first lap when a touch from Antonio Giovinazzi’s Alfa Romeo broke his front wing. The French had to stop to change the piece, and he was already far from fighting. To make matters worse, the team identified a mechanical problem in his car, forcing him to abandon the race.

“The car was fine, but we had to stop because of damage to the front wing and from there it was a very difficult race,” Ocon told the F1 official website. “It’s not easy to absorb, but the most important thing now is to reflect and recover as a team. The goal is to come back stronger for the next streak.”

Alonso, in turn, was in a more agitated race. Starting at the bottom of the grid after replacing his power unit, the Spaniard struggled for positions to get close to the scoring zone. But, towards the end of the race, a brake in the rear wing of his car also left him.

“The race was going well, considering that we started from the bottom. After a few battles with Alfa Romeo and Aston Martins we were likely going into the top 10,” explained Alonso. “Having already reached the end of the race, the rear wing broke in the final corner. I looked in the mirror and it was clearly broken, so we decided to stop. We need to analyze it, because we are still not sure what happened.”

Alonso starred in one of the great moments of the race when he put up an intense battle against Kimi Raikkonen and Antonio Giovinazzi, both from Alfa Romeo. Controversy during and after the race caused much debate about the extent of the track. Alonso argued that Kimi passed him off the track and did not return the position. Then he intentionally did the same to Giovinazzi himself and was forced to return it. Finally, in another brawl with Giovinazzi, the Italian used an off-track defense against Alonso and was instructed to step down.

Discussions also ensued over the radio, involving drivers, teams and race direction. The Spaniard, who criticized the FIA ​​for the criteria used in penalties, spoke after the race in a tone of complaint: “There were some incidents that perhaps we should look at carefully. Two of them were punished and one was not.” ”

Overall, Alpine had no day to celebrate in Austin. Team boss, Marcin Budkowski, summarised: “For us, it was a race to forget. About everything that could have gone wrong this weekend,” he said after the race.

F1 Analysis: Has Verstappen already got his hands on the cup?: 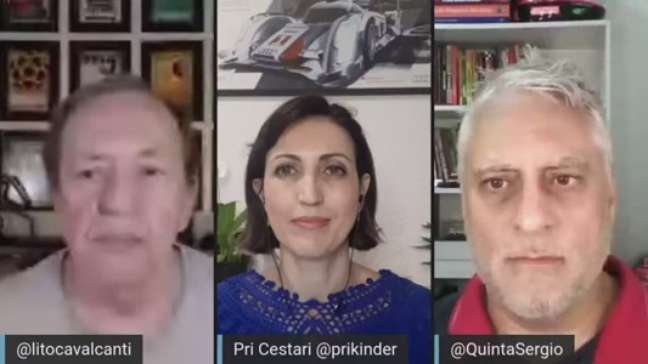 Budkowski spoke of the problems facing Ocon: “Esteban started 11th on medium tyres and the scoring looked like a very laudable goal. Unfortunately, he was touched by Giovinazzi on the first lap. , and he had to stop to change his beak. From then on, the race was pretty compromised. We didn’t have much to fight, and as we suspected a car problem, we decided to leave it as a precaution. Chosen option.”

The manager explained Alonso’s strategy for the race: “Fernando made a brave race, starting from the back of the grid. We did everything we could to get into the top 10, working hard, taking risks and… Tried a strategy that would give us a new tire advantage at the end. As we got into the cars ahead, we had a problem with the rear wing that took us to an exciting end.”

“We left the weekend without points, ending our series of 15 consecutive races scoring points”, lamented the boss. “We have a lot to reflect on and improve after this weekend and we’ll be working hard for a sequel.”

With the result, Alpine scored 104 points, but did not lose 5th place among the constructors. Coming closer, AlphaTauri scored 2 points with Yuki Tsunoda and is now just 10 behind the French team.

Formula 1 takes the weekend off to fix three more races soon. The next phase will take place on 6 November in Mexico. A week later, on 14 November, it is the class’s turn to return to Brazil for the Interlagos race. And just one week separates Brazil’s podium from the debut GP in Qatar, which is scheduled for 21 November.